Newcastle United opinion: Is Jurgen Klinsmann the right choice for the Magpies?

According to a report from the Daily Star, Newcastle United are lining up a move for ex-USA and Germany boss Jurgen Klinsmann if Rafa Benitez leaves in the summer. Benitez is yet to commit his future with the Magpies and him leaving is a serious possibility in the summer.

The report reveals that the hold up in contract talks is due to the lack of assurances future investments on the squad from club owner Mike Ashley. Losing Benitez would be a massive blow to the Magpies especially after his heroics at the club since his arrival.

Newcastle have done well to mathematically confirm their stay in the Premier League this season but there were moments where the Magpies were worried about the drop.

However, Rafa Benitez’s tactical brilliance has kept them safe and keeping him at the club should be their number one priority in the summer.

However, the report says that Mike Ashley has already lined up a replacement for Benitez in ex-Tottenham forward Jurgen Klinsmann. Newcastle will be making a massive mistake if they go through with this decision especially after his consistent failures as a manager in recent years.

Klinsmann’s previous experience as a manager of a football club came with Bayern Munich in 2008. The German failed to complete the whole season as the boss after failing to win a single trophy that season.

The German giants suffered embarrassing 4-0 and 5-1 losses to Barcelona and Wolfsburg respectively that season which saw him sacked at the end of April in 2009. His conservative style of play was a massive failure in the Bundesliga and Klinsmann move to the MLS two years later.

Klinsmann’s longest stay as a manager came with America’s national side. He spent over 5 years at the helm before facing the sack again in November 2016. The German’s tenure was described by The Guardian as tactically chaotic and often embarrassing.

His USA side lacked any reasonable urgency in most games and were far too dependent on individual brilliance over a collective team effort. His side horribly failed in terms of organisation and often fell off, as the game went against them at times. 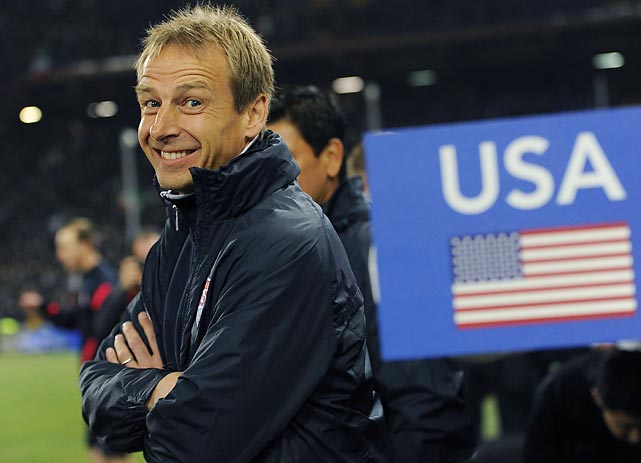 This philosophy will be a tragic failure in the Premier League, where he would most certainly get exposed by most teams and Newcastle should abandon the idea of replacing Rafa Benitez with him.

Rafa Benitez’s amazing work at Newcastle United will all go in vain with the appointment of Klinsmann in the summer.

The Magpies should consider someone more experienced at club level in a top league, ahead of someone like Klinsmann, who managed just over 40 games with Bayern Munich over a decade ago.