Arsenal moved onto the semifinals of the Europa League, thanks to an impressive 1-0 win on the night against Napoli and 3-0 on aggregate. A stunning freekick from Alexandre Lacazette was enough to send the Gunners to their second semifinal in two years.

As expected, Napoli controlled the possession in the early stages of the game with the visitors looking to play on the counter-attack. Both sides were cautious in the opening exchanges, with Arsenal being the first to threaten via a Granit Xhaka freekick which was convincingly punched out by Meret.

Aaron Ramsey looked to have been fouled inside the penalty box by Maksimovic but the referee waved play on and replays proved that he made the right call.

The game’s first clear chance fell to the hosts after Aubameyang lost the ball at the edge of Napoli’s box. Koulibaly led the counter-attack and passed the ball brilliantly to Jose Callejon, whose right-footed shot was saved well by Petr Cech.

Lorenzo Insigne played a brilliant through ball from the edge of the box to Milik, who calmly chipped the ball over Cech into the net but the flag went up and the goal was disallowed.

Napoli began to threaten a lot more as Zielinski’s pass from outside the box was made a meal of by Milik, whose header went wide. That was Napoli’s biggest chance of the half but the Pole’s terrible miss kept the game goalless. 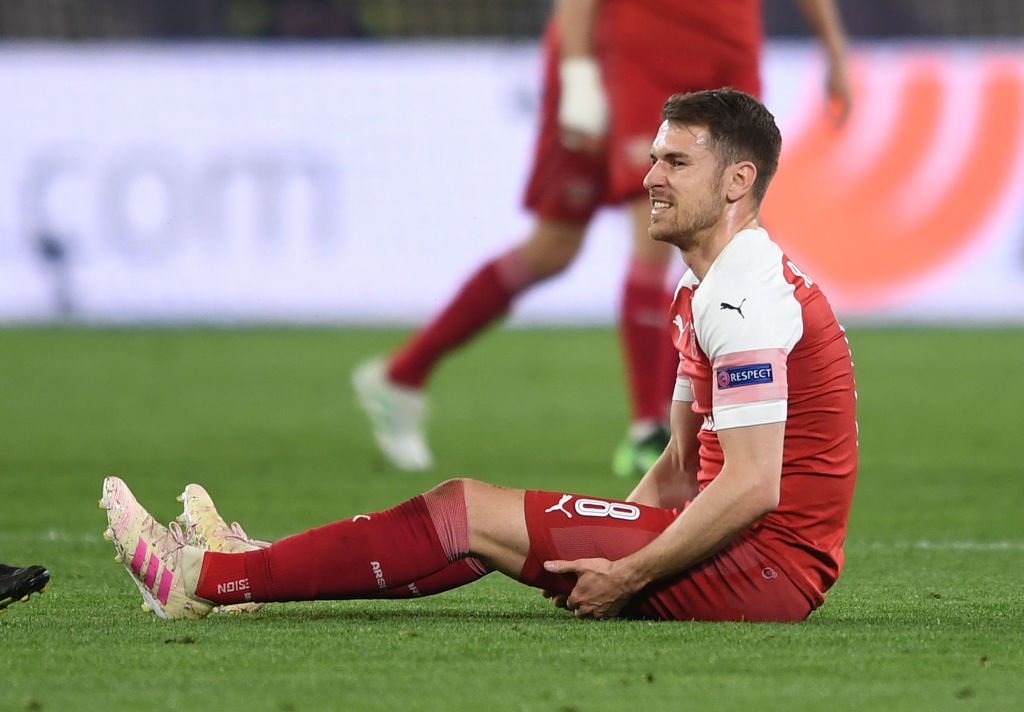 Unai Emery’s side were forced into a change at around the half-hour mark as Aaron Ramsey went down with what looked to be a hamstring problem. Henrikh Mkhitaryan came on for the Welshman and slotted in at the number 10 position.

The Gunners broke the deadlock as Alexandre Lacazette buried an outstanding free-kick from about 25 yards out which saw Meret rooted to his spot. The goal meant that Napoli had to score 4 goals without a reply to go through to the next round.

Insigne found himself at the end of a high pass from the midfield but his volley failed to trouble Petr Cech who had very little to do in the half. Arsenal went in at the break with a 1-0 lead and also one foot in the semifinals.

Arsenal started off the second half brightly as Lacazette fed Mkhitaryan on the right flank. The Armenian’s cross fell to an unmarked Aubameyang but his shot was saved brilliantly by Meret.

Napoli’s first chance of the half fell to Insigne who was set free but his attempted lob failed and the ball was easily gathered by Cech in goal. The Italian, who was having a poor outing, was immediately subbed off by Carlo Ancelotti and he was replaced by Younes.

Mohamed Elneny came on for Granit Xhaka as Unai Emery looked to seal the tie. There was a shout for a penalty in the 64th minute after Zielinski’s low cross was blocked by a sliding Lucas Torreira and the ball came off the Uruguayan’s hand. 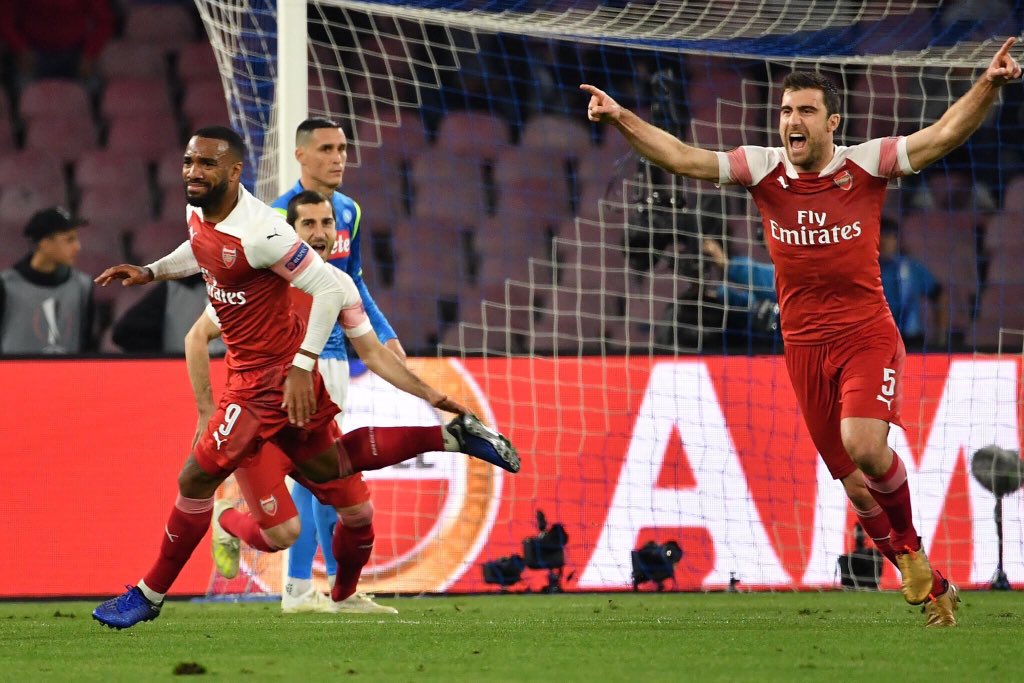 However, the referee disagreed with the protests and the play continued. Arsenal made their final change as goalscorer Alexandre Lacazette was replaced by Alex Iwobi for the last 22 minutes.

Milik was at the end of another massive chance for the hosts via a brilliant cross by Mario Rui but the Pole dived in too soon and wasted a golden opportunity to start a late comeback.

Petr Cech faced his toughest challenge of the game after a cross came off of Nacho Monreal’s feet but the veteran held on comfortably. Laurent Koscielny, who was having an outstanding game, then made a vital interception off Milik to keep the hosts away from goal. 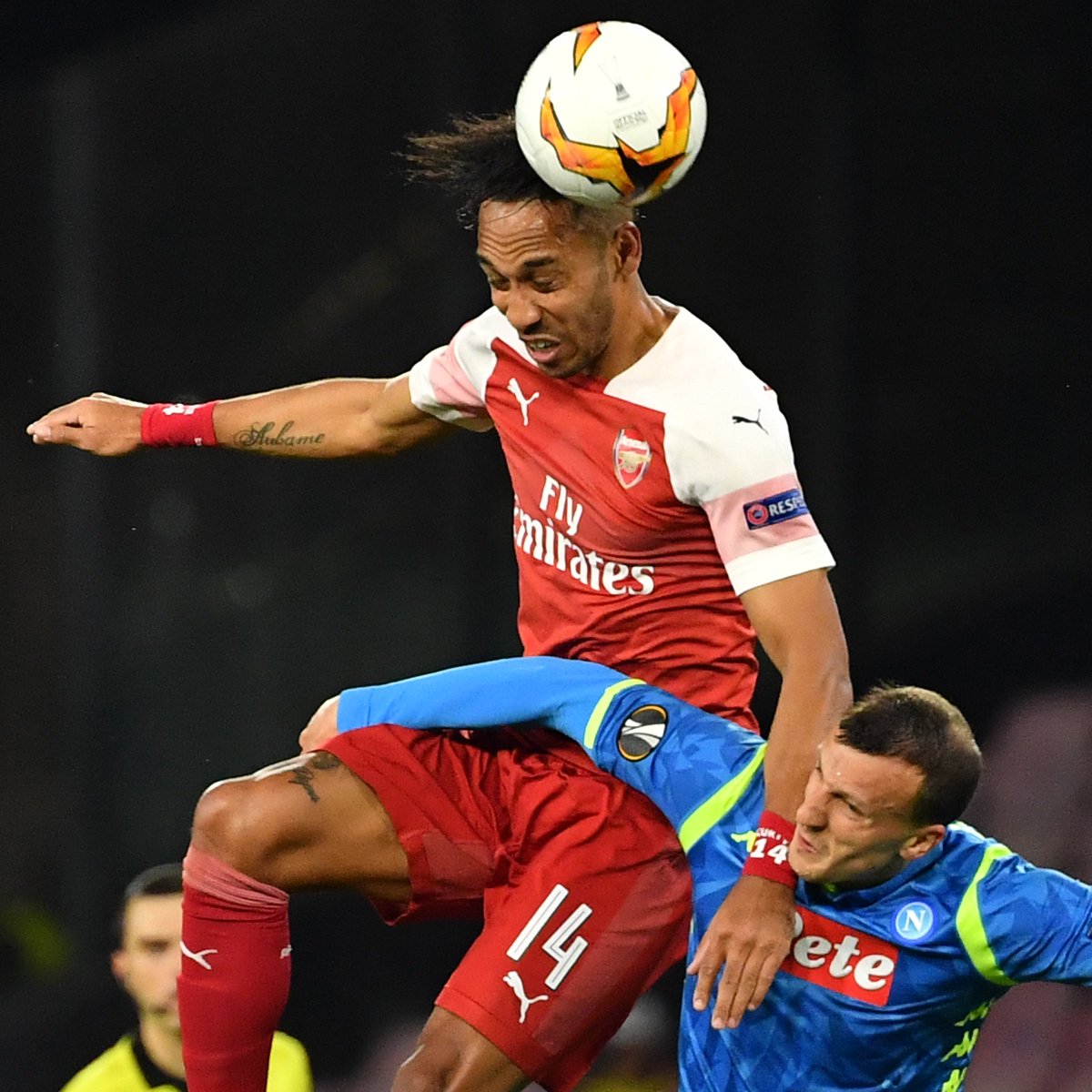 Arsenal comfortably held on in the final few minutes of the game and were the deserved winners both on the night and on aggregate. The Gunners will now face Unai Emery’s former side Valencia in the next round.

Here’s how some fans reacted to the victory on Twitter: