West Brom travel to local rivals Birmingham City on Friday as Darren Moore hopes to emerge with all three points on Friday.

The Baggies are Championship’s top-scorers with 15 goals and they should go into this game pretty confident.

Birmingham City, on the other hand, are yet to register a Championship win this season and will face a daunting task at home against Moore’s high-flying West Brom.

According to Express and Star, West Brom trio Matt Phillips, James Morrison and Dwight Gayle are expected to be fit for the game at St. Andrew’s on Friday.

Oliver Burke withdrew from international duty due to an injury. However, the setback is not thought to be too serious and the Scotsman is expected to be fit for the derby.

Johnstone has proven to be a shrewd signing for the Baggies this season and has been a reliable presence in goal so far.

Dawson’s return to the starting XI has certainly solidified West Brom’s backline. He will start in Moore’s back-three system.

Hegazi had an excellent game against Stoke but now needs to carry the momentum.

Bartley seems to have added physicality to West Brom’s defence. He can be a bit erratic with his passing but is a valuable player to have in the squad.

Phillips has been a bundle of energy for the Baggies and although he is yet to fully make the right wing-back position his own, he has proven to be a threat going forward this term.

An energetic presence in the middle of the park, Brunt will look to stop Birmingham’s attacks on Friday.

Livermore had an outstanding game against Stoke prior to the international break. The defensive midfielder is a vital cog to Moore’s team and is expected to start at Birmingham.

Gibbs is relishing the license to attack freely from the left wing-back position. He is growing with every passing game.

Barnes has been menacing so far this season for the Baggies due to his ability to pick up pockets of spaces and run at defenders with pace.

Rodriguez has been excellent in his link-up play with Dwight Gayle. He is a sure starter against Birmingham. 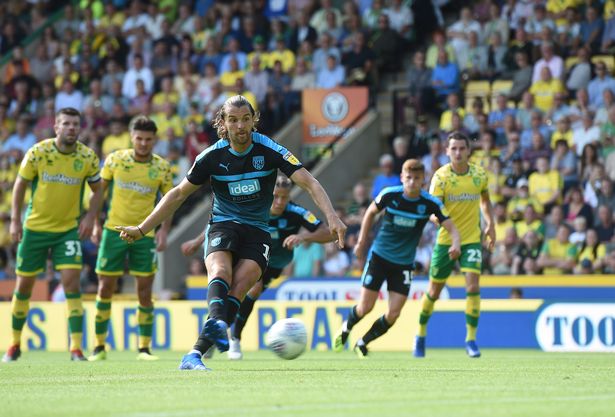 Read more: Time for goodbye? – Here are 3 ideal destinations for Leicester’s out of favour star including Cardiff City

Gayle is a proven Championship performer and he is oozing class at the moment for the Midlands club. He should start alongside Rodriguez in this game.