According to a report from the Northern Echo, Manchester City’s assistant manager Mikel Arteta is being considered as an option to take over at Middlesbrough before the start of next season.

Boro parted ways with Tony Pulis after the club failed to make it to the playoffs in the Championship this season. They finished just one point below Frank Lampard’s Derby despite winning each of their last four games in the league.

Replacing someone as experienced as Tony Pulis will be a hard task for anybody who comes in but Boro definitely needed a change after a dismal season, especially in their attack.

However, goals have been their biggest issue. Boro only managed to score 49 goals. Only Stoke City had a worse return among the top 20 teams in the Championship.

If Boro can add goals to their side while keeping their defensive organisation, they have every chance of returning to the Premier League at the end of next season.

The new manager will have to bring in an attacking philosophy to transform Boro next season and among the candidates considered, Mikel Arteta could turn out to be the perfect option to take over from Pulis next season.

The former Arsenal skipper has been Pep Guardiola’s trusted number two over the last two seasons in the Premier League where Manchester City have been victorious on both occasions. 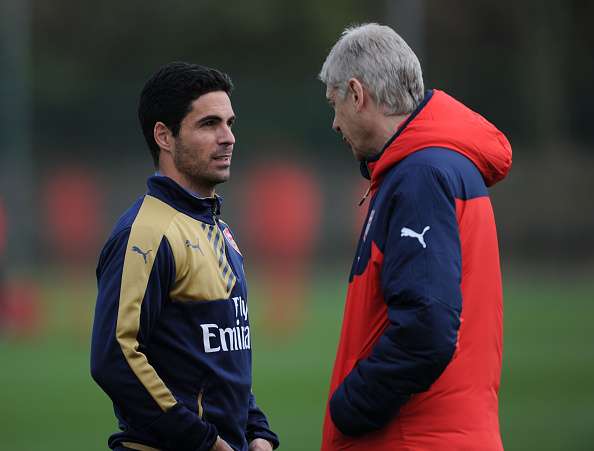 Arteta has learned his trade under two of the greatest managers in world football in Arsene Wenger and Pep Guardiola and he is at the perfect stage to write his own history as a manager.

The Spaniard has always been a real leader on and off the pitch and his footballing brain is up there with the very best. Arteta could come in and transform Boro with his attacking style of play and his new ideas will surely change the philosophy at the Riverside Stadium next season.

Appointing a manager with zero experience as a manager is undoubtedly a massive gamble but with Mikel Arteta, it’s a risk worth taking.

The Spaniard has learnt his trade from the very best and if he successfully implements Guardiola’s philosophy at Boro next season, the club would surely return to the Premier League in the near future.