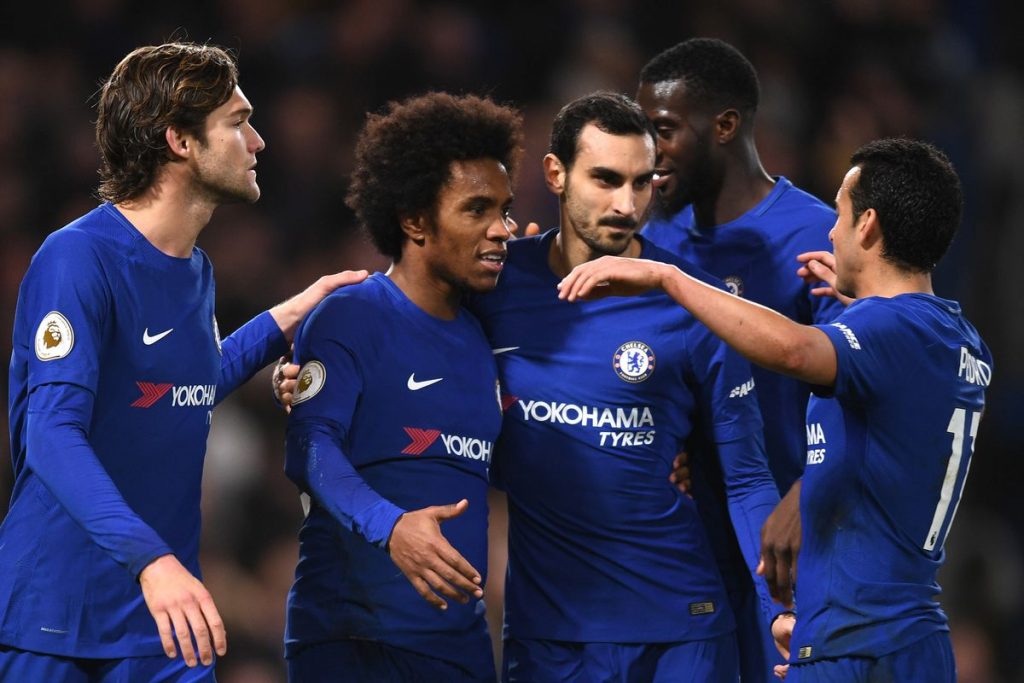 Premier League football is set to resume this weekend following one week of absence due to FA Cup formalities and Sunday afternoon will be offering one of its most exciting encounters when Jose Mourinho welcomes his former side to Old Trafford for a crucial ‘top four’ contest.

Chelsea, under Antonio Conte, have not been able to continue last season’s spark but earned high appreciation for their brave display against Barcelona in the Champions League. Manchester United, on the other hand, only settled for a scoreless draw against Sevilla and their futile run will keep Mourinho annoyed ahead of the contest.

Manchester United have a few injury concerns as Marouane Fellaini is ruled out with a knee injury. Both Zlatan Ibrahimovic and Daley Blind are not expected to be fit for the weekend tie whereas Ander Herrera joins the list following a thigh injury that he suffered early in the game against Sevilla on Wednesday night. Both Phil Jones and Marcos Rojo are likely to recover from their knocks and be available for selection on Sunday afternoon.

Chelsea will not have Ross Barkley available as he is out with his hamstring injury whereas both Tiemoue Bakayoko and David Luiz remain doubtful for the weekend trip.

Chelsea, as always, will maintain their ‘back three’ formation but it’s difficult to predict how Mourinho will line his men up against his former side. He is yet to figure out a proper formation and has experimented with team set-up time and again. Yet, the Portuguese tactician is likely to field his side in a 4-2-3-1 or a 4-3-3 formation that he has preferred more frequently in recent weeks.

However, the combined lineup we are building here is completely based on the current form that the players have shown for their respective sides so far this season.

With all due respect to Thibaut Courtois, he is no match for David De Gea’s brilliance between the sticks. The Spaniard once again saved his side from a dreadful defeat against Sevilla on Wednesday night and is likely to frustrate the Blues on Sunday.

The veteran Chelsea defender continues to impress on the right-hand side of the ‘three-man backline’. He is an obvious choice here.

The young star has been a revelation in the Chelsea defence since rejoining his parent side following a successful two-year loan spell with Borussia Monchengladbach and despite making a costly error against Barcelona in the Champions League Round of 16 first leg tie, the Danish international has been sublime all season and deserves a place in this lineup.

Although his involvement has been marred by injuries, the centre-back is rock solid whenever he plays in the Red Devils backline and is now fit and fine to ensure defensive resilience from Mourinho’s men.

The veteran fullback, although is on the wrong side of 30, has shown his excellence throughout the season and is arguably one of the finest full-backs in the league. He has also shown his ability to excel as a right wingback and holds a place in the best XI combining these two Premier League heavyweights.

The two-time Premier League champion in his first two seasons of English football is not going to make it three this term. But the Chelsea star has registered himself as one of the finest midfielders in the league and is an automatic entry into this combined XI.

Matic completed a summer move from Chelsea to reunite with ex-boss Jose Mourinho at Old Trafford and has maintained his consistency in a holding midfield role. He, thus, is lined up alongside his former teammate in the middle of the park.

Has been inconsistent and has struggled defensively at times. But the Spaniard is a massive attacking threat and his set-pieces will be venomous in a game like this where one moment of mastery will decide the outcome.

The Brazilian terrorised the mighty Catalans on Tuesday night and got third time lucky to net a goal after hitting the woodwork twice. He, as per his current run of form, deserves a place in this XI.

The young Frenchman has been the only positive spark in a futile Manchester United attack and his influence on big occasions earns him a selection ahead of Alexis Sanchez.

Morata’s off-form and injury concerns have forced Conte to play the iconic Belgian as a centre-forward. Hazard has shone in his new role and features in our combined XI ahead of his fellow countryman Romelu Lukaku who has been disappointing for the Red Devils since his high-profile summer move from Everton.