Manchester United Team Of The Decade

Here we look at the best players to have passed through Manchester United over the past 10 years. 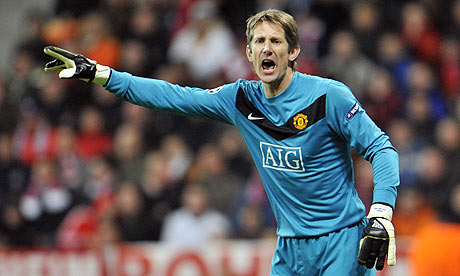 The former Holland international is quite a curios case in World football, 9 successful years at Ajax were followed by 2 awful seasons with Juventus, leaving many suspecting that he would never make it at the highest level, and a move to Premier League side Fulham followed. It was in London that some of his credibility was restored, it was then that United decided to make their move, and he joined the Red Devils for an undisclosed fee. What United got was a first choice goalkeeper for the next 6 seasons, also making 130 appearances for the Netherlands, David de Gea has so far failed to match up to his pre-decessor.