In the midst of this disappointing transfer window, it is looking likely David Moyes and Manchester United are to be dealt their biggest blow so far if Wayne Rooney is to depart.  Amongst much speculation about the 27 year olds future, clarity is finally emerging and it looks like he is ready to force a move out of Old Trafford.

What will hurt the club, and most importantly the fans is that he looks likely to join Chelsea, one of the biggest rivals to United, second only to their ‘noisy neighbours’, Manchester City. If the move does happen then the question posed is do Manchester United need to sign another striker, or do they have enough firepower to challenge for the title next season?

Questions such as these are disappointing to the club, especially after boasting the most prolific attack last season. Many fans are disheartened by the thought of Wayne Rooney leaving, and many do not believe he can be replaced.  The worry is felt through the United community as the club would need to search for the goal threat, power and work ethic that is supplied by the England striker

Robin Van Persie is the obvious frontrunner for the Red Devils but who is going to play alongside him in the absence of Wayne Rooney and provide the same threat? Although there are reports as recent as today linking United with the likes Jackson Martinez of Porto, we look at attackers in the current squad and what this opportunity can mean to them. 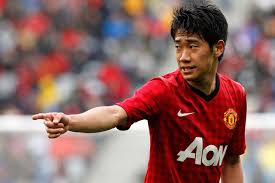 Many people would argue that the Japanese international didn’t have the best first season in the English Premier League but he still showed his class when given the opportunity.  Remember, Kagawa is best deployed in the same position as Wayne Rooney so was kept out of the side for obvious reasons, this therefore forced Sir Alex Ferguson to find alternative roles for the ex Borussia Dortmund man. Although Kagawa made a suitable contribution when deployed on the wings he still drifted inside in order to come looking for the ball and seeking that favoured ‘number 10’ role, in behind the striker.

In Rooney’s absence this could be the opportunity that Kagawa has been looking for, deployed in behind Van Persie could bring out the best in playmaker, allowing him to show why United paid around 12m last season. This could well be Kagawa’s season to shine.

Another likely candidate to partner Robin Van Persie is dubbed ‘super sub’ Javier Hernandez. The striker could finally relinquish the shackles of ‘super sub’ and become the prolific striker we all know he is.  Hernandez improved vastly last season,  he worked on all aspects of his game. The Mexican is now looking more like the out and out attacker, adapting well to the English game.  He is more relaxed in possession, able to hold up the ball and bring his teammates into play much more than in previous seasons.

Hernandez could benefit a lot more from frequent starts and consistent playing time, he is only going to improve and could well get 25+ goals a season. His movement is good enough to ensure he will always get in the right positions, and his finishing more than proves he is good enough to take the chances when they arrive.

Only two goals in the last campaign has thrown many doubts into the mind of Manchester United fans about the goal scoring capabilities of Danny Welbeck.  I have heard many people express the saying ‘he can’t hit a barn door’.  While his finishing may not be up to standard the England ace has many other tricks up his sleeve;  he is cool, calm and collected in possession, able to spot a pass, has quick feet and decent skill to get out of those tricky situations and he is lightening quick.

Sir Alex Ferguson was criticised last season for playing him ‘out of position’ but these attributes show that he is better deployed on the wings. However, with the likes of Young, Nani, Valencia, Kagawa and the recent addition of Zaha, this throws doubt into where on the pitch he is going to be utilised by David Moyes.

The other attacker on the United books is Angelo Henriquez, but is he good enough to make the step up to the first team, becoming a squad player under David Moyes and providing the back-up needed in the final third?  Henriquez looks sharp, determined and direct when playing and partnered Van Persie very well in tonight’s friendly against AIK but this doesn’t give a comprehensive enough view on the man from South America.

All we can do is wait for the new season and see what happens. or see what unfolds in the transfer window in the coming weeks; football is known to shock us on a regular basis.