Manchester City continued their charge towards a successful defence of their Premier League title by thrashing Chelsea 6-0 at the Etihad on Sunday. Sergio Aguero scored his second hat-trick in two weeks and Raheem Sterling scored a brace to heap misery on Maurizio Sarri’s men.

This is Chelsea’s third consecutive away loss – after losing to Arsenal and getting thrashed at Bournemouth before coming into this game. For Pep Guardiola’s men, they are back on top of the table on goal difference, having played a game more.

In terms of how the game went, we could get short on words describing the mistakes made by the London team. Right from minute one, they decided to play their game in a 4-3-3 formation and not be afraid of the high-press from the home side.

While that was brave, the errors made at the back didn’t help the cause. In the build-up for the first goal, Bernardo Silva was left alone by the combination of Eden Hazard and Marcos Alonso. The Portuguese then got to the byline and cut the ball back that eventually fell into the path of Sterling, who lashed it home.

The second goal was a fantastic hit by Aguero, but the tactical shortcomings from Sarri’s men were on display in the lead up to that. The Argentine was constantly dropping deep to virtually make a midfield four, hence, outnumbering Chelsea’s midfield three. Antonio Rudiger wanted to get tight on him but City had other runners venturing towards the box.

With Kante and Barkley halfheartedly trying to press high, Jorginho was left with loads of space and men to cover/tie down. Thus, the Blues were terribly open in the midfield, which is close to suicide when playing against Manchester City.

We have seen this in the past, that Sarri’s 4-3-3 system does get exposed when the opposition gets more numbers in the midfield. If evidence is required, then we could rewind their games against Tottenham and Arsenal. 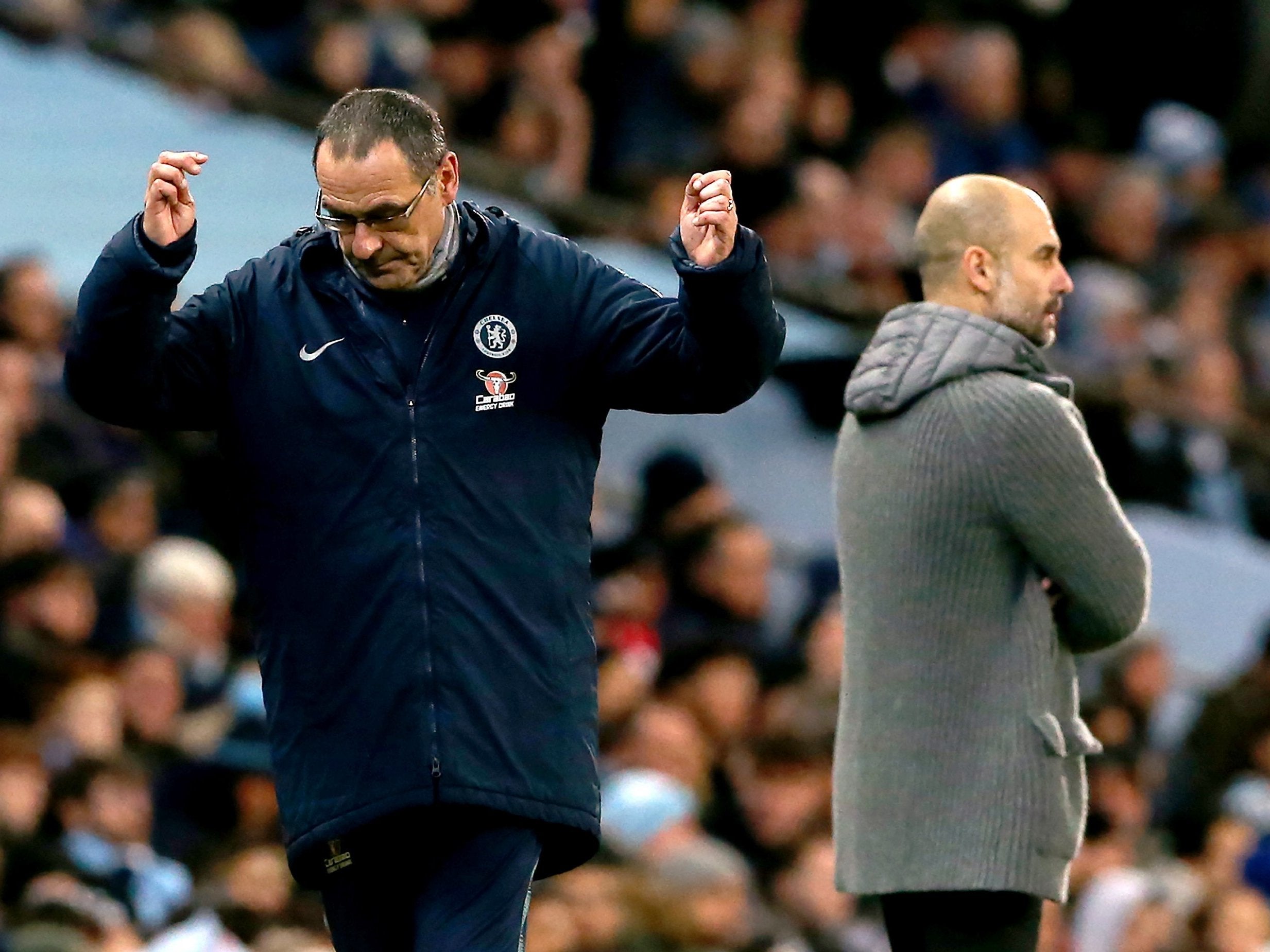 While the third goal was a brain-fade from Barkley, the fourth was about City overwhelming Chelsea with fast build-ups and the away side gifting space in and around their own box.

The second half was just a formality, with the hosts adding to the scoreline and bettering their goal difference.

It was another away game where the Blues were tactically outdone and Sarri didn’t have a plan B to counter that. Something needs to be done about it, otherwise, we may have seen the trailer of what is going to come on 24th February in the Carabao Cup final.

Read More: Man City would become literally unbeatable if they sign this home-grown duo for £80m in the summer

For Manchester City, it is another step in the right direction as they chase trophies in all four corners. Guardiola’s men showed their superiority and are right in the nose of Liverpool in this gruelling title race.