According to a report in Sky Sports, Italian side Fiorentina are interested in signing Manchester United midfielder Fred before the European transfer window deadline day.

The Brazil international, who arrived at Old Trafford in the summer of 2018 from Shakhtar Donetsk for a fee around £52m, has struggled to get regular game time under the managers at the club.

As per a report in Sun, Fiorentina could sign him for a fee around £18m, that is less than half of what United paid to sign him at first place. Currently, the 26-year-old’s contract runs until the summer of 2023, with an option to extend that for a year.

Fred hasn’t even made an appearance on the bench in the three Premier League games so far. He is clearly not in the regular first-team plans of Ole Gunnar Solskjaer.

But here’s why Manchester United cannot sell him during this European transfer window:

United need options in the midfield once cup competitions start

Solskjaer has began this season with a midfield pivot of Scott McTominay and Paul Pogba, while Nemanja Matic is warming the bench along side Andreas Pereira.

Now, while the first-choice midfield pair is not doing a bad job, the manager could do with strength in depth on the bench. With the EFL Cup and Europa League games to come after the first international break, the gaffer will need to master rotating the squad, especially in the midfield. 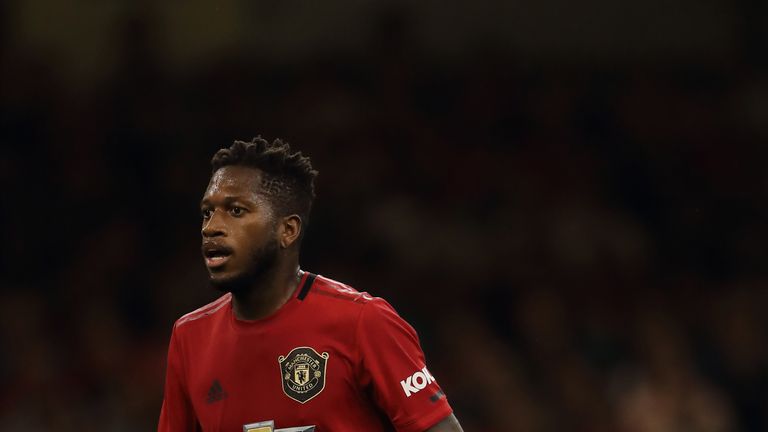 For that reason, United cannot afford to lose a good midfield player without even having a chance to replace him. From the point of view of the club, they have to keep hold of Fred and expect him to develop and be a good squad player this season.

Despite not having the best of times at Old Trafford, the former Shakhtar does have the quality and potential to make a difference when he is in full flow.

Thus, we can conclude by saying that Manchester United should not be wise to offload Fred when they need more depth in midfield.

Furthermore, in terms of finance, selling a player for £18m after spending £52m could turn out be a disaster.