According to a report in Metro, Manchester United midfielder Nemanja Matic is considering his future at the club, as Inter Milan are preparing to offer Radja Nainggolan and £10m for him.

The 30-year-old has spent two full seasons at Old Trafford after signing for them from Chelsea in the summer of 2017 for a fee around £40m (h/t BBC) when Jose Mourinho was the manager.

But now with the two Italian clubs AC and Inter Milan interested in signing him, the Serbian is looking to hold talks about his future with the current manager Ole Gunnar Solskjaer. (h/t ESPN)

As of now, Matic has one year left in his contract, with an option to extend that for 12 more months. He has reported back for pre-season and is in line to travel to Australia with the United squad.

While there are suggestions that his future will be decided by the personal view of Solskjaer (h/t Metro), here’s why selling the 30-year-old would be a year too early for the club:

United need to keep one experienced head in midfield

Barring talks of whether the player is at par with Manchester United’s standard or not, Ander Herrera’s exit has opened a void in the midfield, especially in terms of having an experienced player in that department.

Now, with Paul Pogba’s future uncertain, United should at the least keep Matic for the upcoming season. 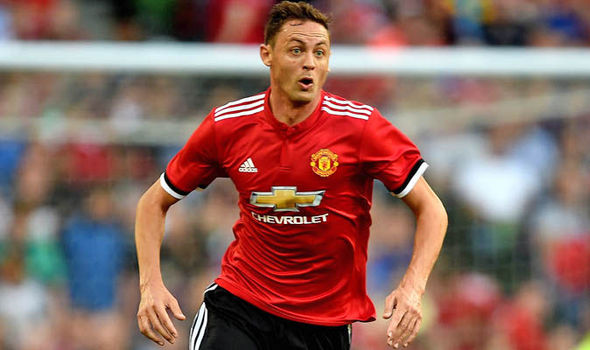 This is because the Serbian possesses the experience of having played loads of Premier League football. His presence in the midfield, or in the squad itself, would help the other young players in that department.

Furthermore, he is still a quality player and a league winner. Thus, the manager should look to keep him in the squad and make use of him in such a way that the team benefits from it.

All in all, we can conclude by saying that Manchester United should ill-afford to lose Matic after letting Herrera go and Pogba almost at the exit door.