According to the Daily Mail, Barcelona have unveiled the signing of Colombian centre-back Jeison Murillo on loan from Valencia before the January transfer window.

The report also claims that Barcelona have an option to buy him at the end of the season for £22.6million.

A product of Colombian club Deportivo Cali, Murillo made his move to Europe with Udinese in 2010 and had stints in Spain at La Palmas and Granada before joining Inter Milan in 2015. He was a regular for the Nerazzurri in the 2015-16 and 2016-17 seasons and once again shifted base to Valencia at the start of the 2017-18 season.

After enjoying considerable success at Valencia last season, things have gone downhill for the Colombian this term. He has started only once in the La Liga and has subsequently been loaned out to Barcelona for the remainder of the season. 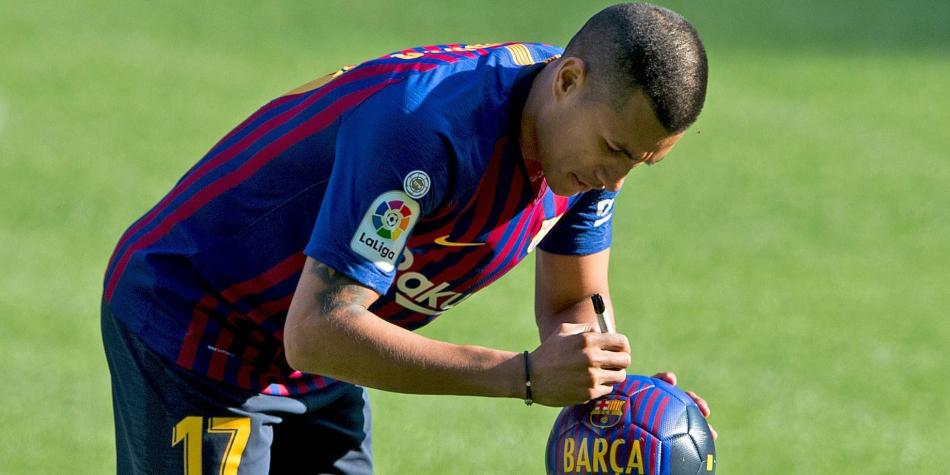 Even though Barcelona have an option to make the deal permanent, other clubs can still make an offer for Murillo to lure him away from Spain.

Standing at just a shade over 6ft., Murillo is not particularly tall for a centre-back but his ability to take off the ground quickly and time his jump to perfection makes him a genuine aerial threat on the field. The 26-year-old has considerable body strength and is adept at outmuscling his offensive counterparts in the final third.

Murillo is quite fast and agile for a centre-back and does not struggle against fleet-footed opposition. He has a decent positional sense and his decision-making is also of the highest quality.

A good reader of the game at the back, the Colombian knows exactly when to follow the runs of the attackers and when to stand his ground. Consequently, he rarely gets caught out of position and does not dive into reckless challenges. To add to his defensive qualities, Murillo is also a very good passer of the ball and doesn’t hesitate to join the attack in times of need.

To put things into perspective, Murillo, who has 26 international caps for Colombia, would be a great signing for Manchester United. Having joined Barcelona on loan recently, a deal might be difficult to materialise in January but the Red Devils should try to snap him up in the summer.

Man United have got themselves back to winning ways under their club legend and caretaker manager Ole Gunnar Solskjaer. However, victories against Cardiff City, Huddersfield Town and Bournemouth can hardly be deemed as yardsticks upon which the team’s progress can be judged.

The defence has been a problem for the Red Devils this season and United have a poor, having conceded 32 goals so far. United sit 6th in the Premier League standings but they need more options at the back to challenge for a top-four finish. 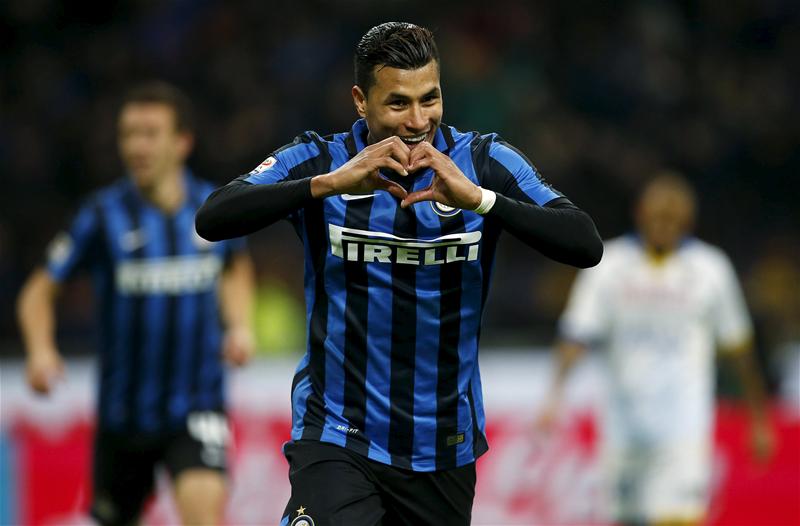 Phil Jones and Victor Lindelof have been the first-choice centre-back pairing for Solskjaer but he should be aware of the fact that all the centre-backs have let the team down with inconsistent performances this season. Irrespective of what the future holds for Solskjaer, United need a quality centre-back in the foreseeable future.

Read More: With Barcelona on the hunt, holding onto this £45k-a-week star should be Man United’s priority – agreed?

Stability at the back is what United need to revive their glory of the yesteryears and Jeison Murillo can certainly do a world of good to the squad depth at Old Trafford. That said, the Red Devils should start keeping a close eye on his performances at Camp Nou.