Why Fred could improve at Manchester United despite the miserable start

Manchester United were made to pay against a resonant Brighton and Hove Albion that took them for a ride at Amex Stadium. The Seagulls won the game 3-2 on the night, picking up an important win in what will prove to be a crucial few weeks for the club.

Jose Mourinho’s side were completely outplayed in all aspects, failing to produce anything going forward. Brighton were happy to sit back and see less of the ball, waiting for the right time to push forward. The moment Manchester United committed their players forward, the likes of Anthony Knockaert and Solly March initiated a quick counter which ended in Glen Murray scoring the opener.

The Red Devils once again fielded a midfield setup of Fred and Paul Pogba together. While Pogba’s role at the club is often questioned, it could be Fred who could be the next one in line. The £52m Man United new signing is known for his ability on the ball and is capable of surging forward to support the attack. 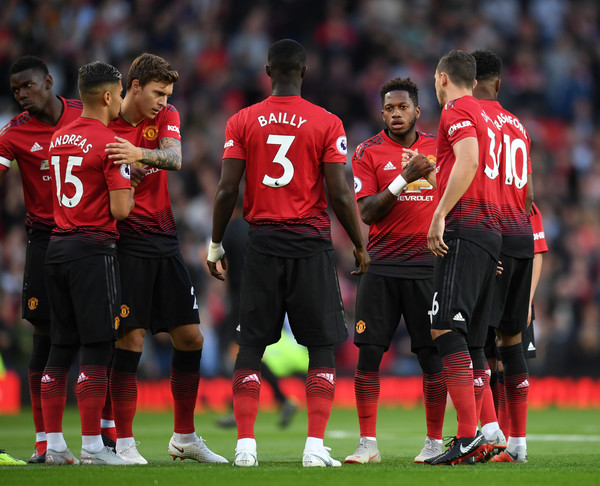 But as the game against the Seagulls showed, Fred barely made it into the final third. The Brazilian pretty much covered all the other areas on the field, including tracking back on the flanks as well. Here, Mourinho’s pragmatic style of football could derail yet another player’s quality and talent.

Although Fred averaged a 92.4% pass success rate in the middle of the park, the 25-year-old was unable to influence the game in any other way apart from his distribution. Fred was expected to stay in the middle after supplying the pass. (Stats courtesy – Whoscored)

Mourinho is known for employing tactics which require players to stick around in the middle of the park and almost sit right in front of the defenders. This deprived United of a lot of quality while going forward. They possess a number of talented players in the squad, yet the team lacked the bite and cutting-edge against Brighton.

The former Chelsea manager must not restrict Fred’s game like he does for Paul Pogba. The Brazilian plays with flair and energy. Granted his defensive work has been impressive, but he hasn’t been able to click into place just yet.

If Mourinho deploys him in an offensive role and grants him the license to push forward, the Portuguese would witness the same player that earned his move to Old Trafford.