According to a report from the Mirror, Manchester United have begun negotiations with Benfica for the transfer of their highly-rated defender Ruben Dias in the summer.

The Portuguese giants are holding out for the whole of his €60million release clause and Juventus are set to rival the Red Devils for his signature in the summer.

The report reveals that Manchester United have turned their attention to Dias after finding out that their other two top targets – Kalidou Koulibaly and Milan Skriniar are unlikely to leave Napoli and Inter Milan respectively at the end of the season.

Manchester United have fallen off in recent games after an incredible start to life under Ole Gunnar Solskjaer. The Red Devils have won just 4 of their last 10 games in the Premier League, which has left them with a mountain to climb to get into the top four. 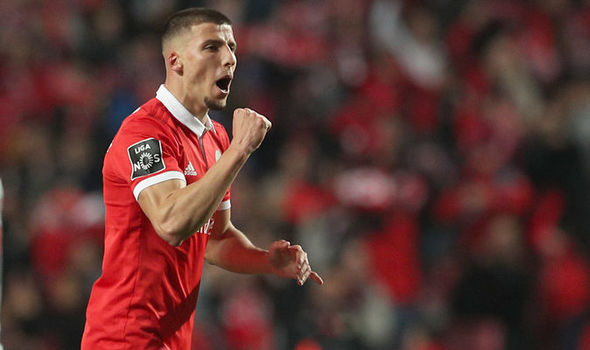 United’s biggest issue has been their defence. Victor Lindelof has been their best defender by a mile but he has struggled with his partners this season. Chris Smalling has been the first-choice next to the Swede but despite a few brilliant performances, he always seems to have a mistake in him.

Eric Bailly and Marcos Rojo have clearly been out of favour under the Norwegian, which makes the signing of a new defender a priority of astronomical proportions.

The Reds Devils’ financial power is known to one and all and they should use that to price Juventus out of the deal to sign Ruben Dias in the summer.

A product of Benfica’s youth system, Ruben Dias has been a regular for the first-team despite being only 21 years old. The Portuguese defender has missed just 4 of Benfica’s 57 games this season in all competitions and he has stolen the show on multiple occasions.

Dias is fairly quick but his biggest asset is the way he reads the game. The youngster, despite his age, has shown real maturity in his game in terms of positioning and he has saved his side from conceding on more than one occasion. The youngster is extremely comfortable on the ball and he can easily adapt to the modern day style of play where defenders are an integral part of a team’s build-up play.

Dias and Lindelof can both keep hold of the ball and start a move from the back and Manchester United will have an incredibly solid defence for next season.

As big as €60million is for a 21-year-old, Ruben Dias could well prove to be a bargain for the Red Devils considering his quality and age. The Portuguese has over a decade of top-quality football left with him and Manchester United should have no hesitations in making a huge move for him in the summer.