Manchester United are keen on the signature of Dutch winger Steven Bergwijn from PSV, according to the Sun.

Manchester United haven’t had the greatest of footballing spells over the last 5 years. To be precise, since the departure of Sir Alex Ferguson, they’ve fallen a long way down.

With a team that is very unlike the Manchester United teams of old, a lot of managers have struggled to straighten the ship and they were all eventually branded as failures and sent away.

Most recently, Jose Mourinho made a mockery of the club during his three in charge. Although he did win the Europa League and was the runner-up in the FA Cup, this period has led to the massive downfall of Manchester United.

Things are now looking quite different though. Ole Gunnar Solskjaer’s guidance seems to have brought the balance back to this club again.

Yet to lose a game since taking over, Ole has done a wonderful job of reviving players who were all mentally down in the dumps.

The recent victory at Wembley over Tottenham proves that this team has the physical quality to get the results they need. Just a few corrections and United can be fighting for all the big competitions.

Even with Martial, Pogba, Lingard and Mata all available, there is still the lack of a winger with a spark for the audacious skill or flick, and that player can be the PSV winger Steven Bergwijn, according to the Sun. He is a young Dutchman who is unbelievably fast on the ball and inexplicably skilful too.

His sharp movements and darting runs will suit the rest of the United squad who are all capable of attacking with bags of pace. The transition is something that United could use to their advantage as players like Rashford and Martial cover large distances in no time at all.

He has scored 9 goals in 16 Eredivisie starts this season and even recorded 7 assists. He has been exceptional since the start of the campaign and has kept his starting spot in the PSV team.

While he does prefer the left flank, he is more than capable of playing in any position across the front line – even as a central striker. 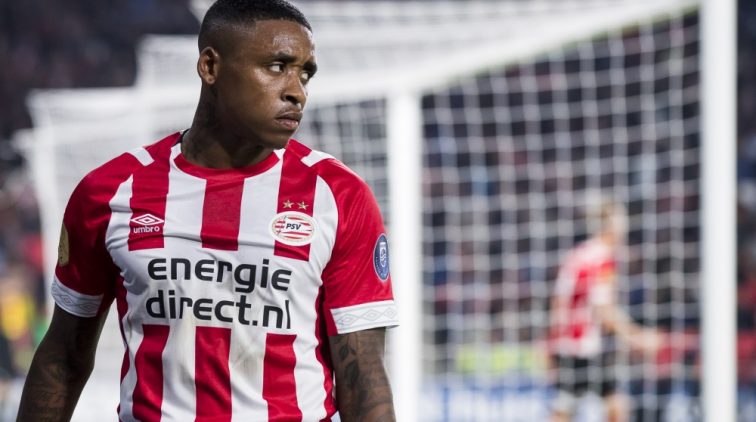 Read More: Man United completing this £40m deal ahead of Tottenham would be nothing short of brilliance from the Red Devils

His selling point is his ability to turn and cut past defenders with ease while also showing immense composure.

Also, he doesn’t always dribble and is capable of the odd brilliant pass. With a finisher like Lukaku and players Alexis Sanchez to learn from, a move to Old Trafford seems to be the best option for the young Dutchman.