According to a report from Calcio Mercato, Manchester United are considering a move for AS Roma’s Dutch sensation Justin Kluivert. Son of former Barcelona legend Patrick Kluivert, Justin has had a difficult time in the Italian capital but has still found a suitor in Ole Gunnar Solskjaer’s side.

After a phenomenal campaign with Ajax as a 17-year old which saw Kluivert score 11 goals and provide 5 assists, the Dutchman made a massive move to AS Roma. The now 19-year-old has started just 10 games all season in the Serie A and has scored just once and assisted thrice.

Kluivert has been used both on the right as well as on the left-wing so far this season but with limited game time, he has failed to emulate his performances from the previous season. However, at just 19, Kluivert has incredible potential and who better to help him achieve that Ole Gunnar Solskjaer.

Manchester United are renowned for producing exceptional young talents who have gone on to achieve incredible things in their careers. Kluivert should be the next on their list and if things go as planned, the youngster will finish his career with a name as big as his father’s.

Kluivert possesses incredible pace and dribbling skills and has the ability to take defenders on to charge into the final third. Standing at just 5 foot 7, his low centre of gravity allows him to twist and turn to leave the defender outfoxed on the spot.

The former Ajax winger is good with quick one-touch passes in and around the box and his movement during that sequence of play allows him to get in on goal in a blink of an eye. Kluivert is incredibly intelligent for his young age and his movement off the ball is highly commendable. 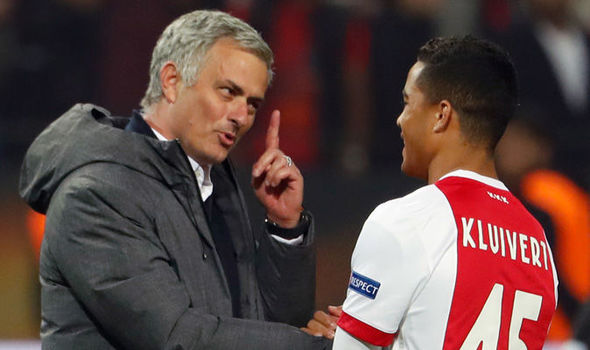 However, Kluivert is in no way a finished product and he will need time to adjust in the Premier League and under Ole Gunnar Solskjaer, he will get just that. The 19-year old will have to bulk up to cope with the physicality of the English game too but once he’s in and settled, he has the potential to take the world on.

Manchester United will be making a smart investment if they manage to get Justin Kluivert in the summer and the Dutchman can lead the United’s front line for the next decade.

His potential at such a young age is remarkable and under a manager who will give him time, he will have the world at his feet in the coming years.