Why Man United should rekindle their interest in Matthias Ginter

According to an earlier report from Manchester Evening News, Manchester United were interested in signing German centre-back Matthias Ginter. The highly-rated centre-back was also linked with a move to Arsenal earlier but a move to the Premier League failed to materialise (h/t Daily Mail).

A product of Freiburg’s youth system, Ginter made his Bundesliga debut in the 2011/12 season and impressed as a teenager. His consistently impressive displays at the back earned him a move to Borussia Dortmund ahead of the 2014/15 season and Ginter became the youngest player in Germany’s 2014 World Cup-winning squad.

Ginter, who was also a part of Germany’s 2018 World Cup squad, rose to prominence at Borussia Dortmund before making a move to rivals Borussia Monchengladbach at the start of last season.

The 24-year-old centre-back, who has 24 international caps under his belt, is one of the best young defenders in Europe. Standing at 6ft 2in, he has a decent height for a centre-back and his dynamic abilities at the heat of the defence definitely make him an exciting proposition for the Premier League giants. Ginter is not a particularly good tackler for a centre-back but he makes up for it with his sound positional sense and awareness at the back. He is a good reader of the game and tends to judge the trajectory and the speed of the passes to perfection.

In other words, he is quite sharp and he anticipates quicker than his offensive counterparts, which gives him an obvious advantage in keeping them at bay.

Another impressive thing about Ginter is his ability to operate as a ball-playing centre-back. He likes to build up the play from the back rather than just clearing his lines to ensure safety.

The 24-year-old averages 59.3 passes per game with an accuracy of 89.5% in the Bundesliga this season, including 4.7 successful long balls per game. These figures speak volumes about his impressive range of passing. As a matter of fact, Ginter registered 5 goals and 2 assists last season, stats which would even make an attacker proud.

To put things into perspective, Manchester United should rekindle their interest in the German and start keeping tabs on him ahead of the January transfer window. As things stand, the Red Devils are out of the title race and a top-four finish would be an ideal result for the club.

Susceptibility at the back has been the major cause of United’s undoing this season. Jose Mourinho’s men have already conceded 26 goals this season, a telling difference as compared to the 28 goals that they conceded in the whole of last season.

United have been hit hard by the intermittent injuries to their first-choice centre-backs. In all honesty, the defenders have let them down even when they have been fit and running. 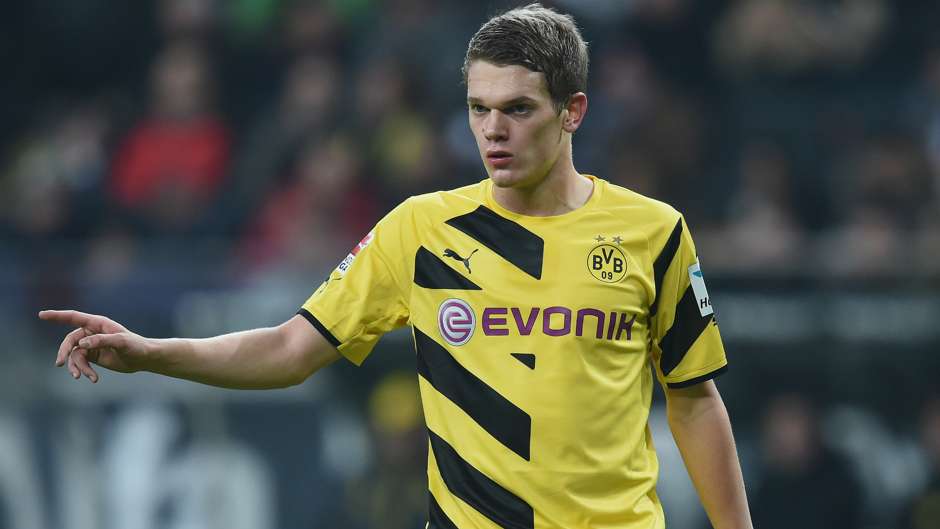 Phil Jones, Chris Smalling, Eric Bailly and Victor Lindelof have all been too inconsistent and have let the team down with occasional mental freezes, leaving David de Gea to cut a frustrated figure between the sticks.

Hence, United are in dire need of a world-class centre-back to plug the holes at the back and Matthias Ginter ticks all the boxes to be a long-term solution to their defensive woes.