Manchester United have been very busy in the transfer market so far. The club have already completed deals for Shakhtar Donetsk midfielder Fred and FC Porto right-back Diogo Dalot. Jose Mourinho will be aiming to make a strong return in the Premier League next season after the Red Devils failed to mount a strong title challenge last time out.

Mourinho is going to have to clear out some of his excess baggage before bringing in new additions. Manchester United left-back Daley Blind has left Manchester United to re-join Ajax in a deal that could rise to £18.1m.

The Dutchman moved to Old Trafford from Ajax in 2014, going on to make a total of 90 league appearances for the club, scoring 4 goals and providing 5 assists.

It is a dream return for the Ajax youth academy product, who made his name playing for the Dutch outfit. Blind initially started out as a left-back but the Dutchman was soon shifted to a holding midfielder’s role.

He is also capable of playing on the left flank, which would provide Mourinho with a number of options. The Portuguese manager is going to have to find a replacement for the player before the start of the new season.

Here we take a look at three players who could make the cut.

The former Nottingham Forest striker is another player who is versatile enough to play in a number of positions.

Antonio was also a left-back during his early days, he then moved on to playing as a winger and then as a striker as well. He’s not the biggest of names but the he has tons of experience playing in the Premier League. 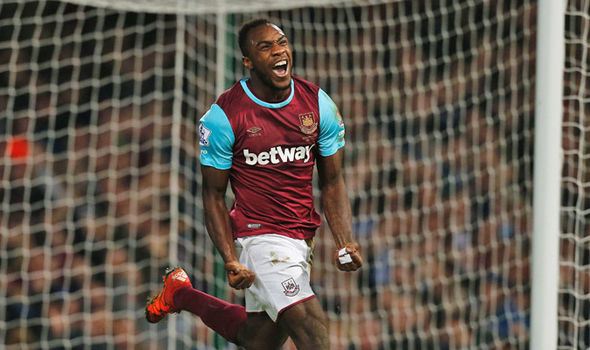 He can play anywhere up front and is a regular on the scoresheet as well. The 28-year-old is interested in a move away from the club after failing to make the cut under new manager Manuel Pellegrini.

He would bring considerable depth and strength to Mourinho’s squad. The Hammers’ man will also come a lot cheaper than many others in the market. He’s versatile and would give Mourinho a lot of options.

Doucoure has made name for himself after impressing with the Hornets last season. He was a beast of a midfielder as he wreaked havoc in the middle of the park. Doucoure generally operates as a central midfielder but can play in an attacking role as well as a deep-lying midfielder.

The Mali international made a total of 37 appearances in the Premier League last season, scoring 7 goals and providing 3 assists. He would be a great addition to have in central midfield. Mourinho must try and lure the 25-year-old to Old Trafford.

Manchester United have been linked with the player all summer. The Croatian can play a wide number of roles up front.

He is generally deployed as a left-winger but he is also capable of playing as a central attacking midfielder and also on the right flank. Using the funds from Blind’s transfer, Mourinho can finally make a move for the Inter Milan winger.

Read more: Why Man United must offload their flop star and sign this upcoming left-sided wizard as a replacement

He would further strengthen their star-studded attack that often showed signs of inconsistency last season. Perisic was phenomenal for his country as they emerged as runners-up at the World Cup in Russia. He scored 3 goals and provided 1 assist in 7 appearances for his country.