According to a report from the Sun, Manchester United are one of the European elite clubs interested in Ajax’s rising star Frenkie de Jong, who is wanted by Man City as well. The English champions are ready to splash £50m on the Dutchman.

The midfielder is a product of Willem II’s academy and came through their youth system before joining Ajax in 2015. He helped Ajax reach the 2017 Europa League Final, where they were beaten by Manchester United.

Frenkie De Jong has scored twice in 19 appearances for Ajax this campaign. And the Dutch international’s impressive performances have caught the attention of a host of European clubs, including Manchester United.

Manchester United endured a chastening 3-1 derby defeat at the hands of Manchester City on Sunday that all but certainly ended their title hopes this season.

After 12 games, the gap between the two Manchester clubs is 12 points and looking at City’s dominance in the league, they are highly unlikely to drop points at an alarming rate.

Realistically, Jose Mourinho’s United should challenge for a top-four spot this season. The defeat against Manchester City showed a lack of quality in the squad, which Mourinho has to solve in order to stand a chance of finishing in the top four.

Apart from United’s defence, Mourinho should focus on strengthening the midfield as well despite having a lot of options. Nemanja Matic put in a terrible shift against City and is clearly suffering from fatigue this term.

The Serbian consistently lost his man and offered very little protection to a shaky defence that has leaked goals at an alarming rate this season.

At 30, Matic has shown plenty of signs of slowing down and Mourinho would be wise to replace him with Frenkie De Jong. The 21-year-old is blessed with an excellent technique, which allows him to receive the ball with minimal errors and lets him run comfortably with the ball at his feet.

The young Dutchman predominantly plays in a slightly deeper midfield position but has the vision to pick out a pass and dribble past players to carve open defences. 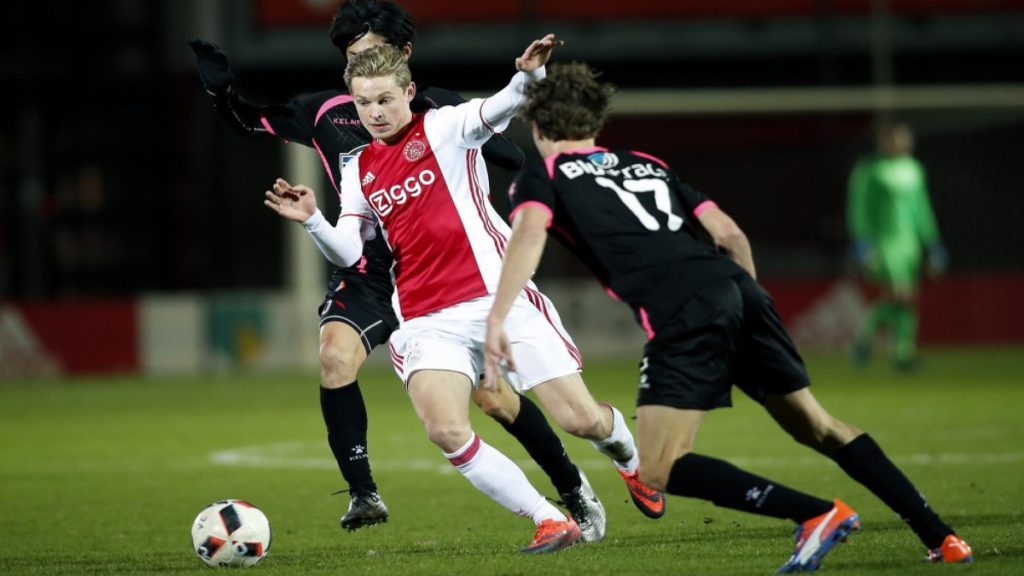 He is quick, agile, intelligent, and his game awareness is truly commendable at such a tender age. De Jong is a fantastic passer of the ball, makes impressive turns and changes direction quickly to catch his markers flat-footed and can fabricate attacks from a deeper position.

A strong tackler, the 21-year-old is also capable of using his vision to pick out the runs of his teammates with incisive through balls.

Read more: Why Man United must offload £12.9m flop and splash the cash to bring in a better player this January

To put things into perspective, De Jong would be the ideal man to replace Matic and would add depth to Mourinho’s squad. He possesses all the attributes to become a world beater, making him a fantastic option for the Red Devils to consider.