According to Sky Sports, Manchester City face the risk of losing Spanish starlet Brahim Diaz to Real Madrid next summer.

The 19-year-old is currently in the last year of his contract which is set to expire next summer and the Spaniard has so far refused to sign a new deal. In fact, reports claim that Real Madrid are trying their best to convince the youngster to not sign a new deal at the Etihad.

Diaz was signed as a 16-year-old from Malaga back in 2015 and he was given his professional debut in the EFL Cup in 2016 just five days before he signed his first three-year professional contract.

The Spaniard impressed for the Cityzens during the pre-season tour in 2017, scoring a goal in the 4-1 win over Real Madrid in the International Champions Cup.

The highly-rated youngster played the last fifteen minutes of City’s 2-0 win over Chelsea in the FA Community Shield this season and has made a couple of appearances in the Carabao Cup. He has been impressive with his performances in the domestic cup competition and has scored a couple of goals for the Sky Blues.

However, Pep Guardiola hasn’t been able to give him a taste of Premier League action this season, having fielded him on five occasions in the league last term.

And that might be one of the reasons behind the youngster’s reluctance to pen a new deal at his current club.

Manchester City have one of the strongest squads not only in the Premier League but also across the top five European Leagues. As difficult as it is for any youngster to break into City’s star-studded first-team, the manager might be at the receiving end of a lot of stick from the media if he tries to bench one of the regular players to make way for Diaz.

And that proposition is riskier when the team is challenging for the Premier League crown. Quite clearly, neither the manager nor the player is to blame for lack of regular first-team action.

Even though Diaz is currently surplus to City’s first-team requirements, the Cityzens should take note of the fact that he is an immensely talented player. The 19-year-old has the potential of replacing someone like David Silva in the years to come and they should try to convince him to sign a new deal. 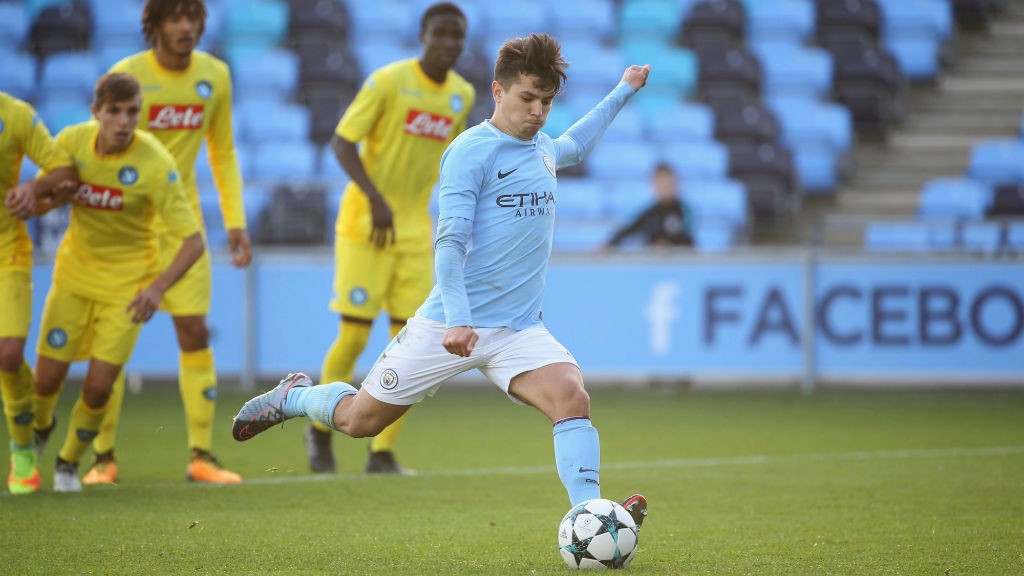 Blessed with a wonderful technique, Diaz has shown plenty of improvement in the tactical aspect of his game this season, as evident from his displays in the Carabao Cup. He is not the fastest player on the pitch but he makes up for it with his flawless missile-like passing, remarkable vision and intelligence.

However, the most impressive thing about him is his nimble feet, which when combined with his low centre-of-gravity allows him to keep exceptional close control in tight areas. Furthermore, he is capable of constantly bullying the opposition with his perpetual motion in the final third, which makes it almost impossible for the defenders to mark him.

Read More: Why this £61m target is a better replacement for Man City star Fernandinho than £16m Wolves sensation

Manchester City are facing the consequences of letting someone like Jadon Sancho leave in his early years at the club and they should not commit the same blunder again by allowing Brahim Diaz to leave.

That said, they should leave no stone unturned in their efforts to tie him down to a new contract.