Manchester City retained the Premier League title after a comfortable 4-1 victory over Brighton. Goals from Sergio Aguero, Aymeric Laporte, Riyad Mahrez and Ilkay Gundogan gave the Cityzens all three points and the title.

Manchester City, as expected, started off the game well, with Raheem Sterling surprisingly playing as a number 10. Bernardo Silva and Riyad Mahrez occupied either flank and the former drove into the box, skipping past a couple of challenges. However, he was not able to get a shot away.

Brighton had the first chance of the game after Knockaert found Alireza Jahanbakhsh on the break but the winger’s shot after cutting in went inches wide. 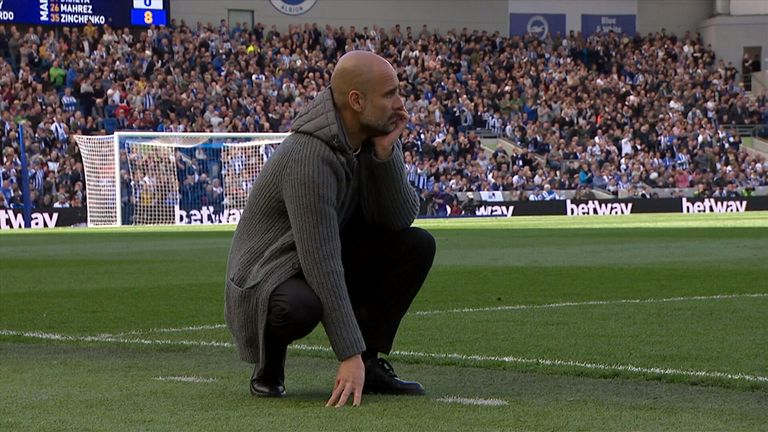 Riyad Mahrez cut inside and had a shot but it took a deflection and rolled harmlessly into the hands of Ryan. The hosts took an unlikely yet hugely significant lead in the 27th minute after Ederson came to collect a corner and missed it completely, only to find Murray head in the opener.

However, the lead barely lasted a minute as Sergio Aguero levelled the game brilliantly after a flick from David Silva found him through on goal and his shot went under Ryan.

That goal made Aguero the 6th highest goalscorer in Premier League history behind Alan Shearer, Wayne Rooney, Andy Cole, Frank Lampard and Thierry Henry. A massive milestone to achieve for the Argentine.

Glenn Murray gifted possession to David Silva who set Mahrez up but the Algerian’s fierce strike was palmed away for a corner by Ryan. City took the lead from the resulting corner as Aymeric Laporte headed in easily after losing his marker.

Dunk had the final chance of the half as his freekick went over the wall, swerving in the air, but Ederson did well to make a save. City went into the break with a deserved lead.

City started the second half with most of the possession but failed to create much in the opening exchanges. Mahrez looked to have a run towards the box but Bernardo brilliantly tackled the ball off him. 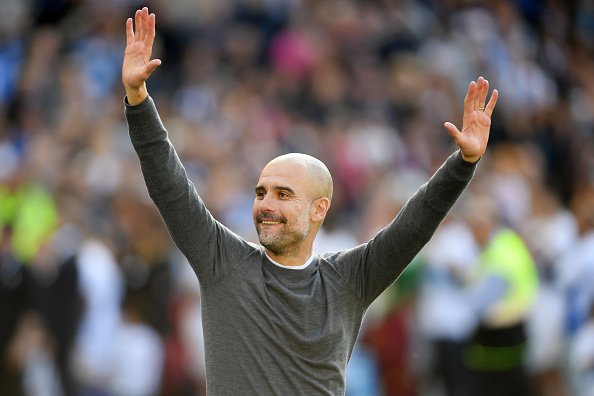 City extended their lead, thanks to a brilliant strike from Riyad Mahrez who turned away from the challenge of Dunk at the edge of the area before curling it into the back of the net.

Gundogan had a pop from 20 yards out but his strike missed the target. Zinchenko also tried his luck from distance but it was blocked desperately by Dunk.

City scored the fourth after a fantastic freekick from Ilkay Gundogan, whose shot over the wall left Ryan stranded. Beautiful by the German and a goal worthy of winning the title.

Pep Guardiola replaced David Silva by bringing on Kevin de Bruyne in the 78th minute. City held the ball well and were just waiting for the final whistle.

Brighton legend Bruno waved goodbye to the Amex as he made way for Montoya. Otamendi replaced Kompany while Danilo came on for Kyle Walker for the final few minutes.

Aguero had a good chance to make it 5 but his shot from inside the box was blocked again by Dunk, who was having a brilliant game despite the 4-1 scoreline.

Two minutes of stoppage time was added after the end of the 90 minutes but it didn’t matter as City retained their Premier League title.

Here’s how some fans reacted to the result after the game.