As The Sun puts it down, Manchester City are ready to talk with John Stones over an improved contract offer. Stones, who is tied to Etihad Stadium with a contract that will see him earn £120,000-a-week until 2022, is set to sign a new contract that would improve his wages by at least £50,000-a-week.

The 24-year-old centre-back played a vital role for England on their route to the semi-finals at the World Cup.

Manchester City had splashed a whopping £50million to sign Stones from Everton back in 2016, making him one of the most expensive defenders in the world. Since then, the Englishman has continued to develop under Pep Guardiola’s stewardship, earning a regular first-team place.

Stones had recorded 27 appearances in the 2016/17 Premier League season but managed only 18 appearances in the previous season, owing to a hamstring injury. But now, the highly coveted centre-back is back to full fitness and is working wonders at all levels.

Stones played the full 90 minutes in City’s first two fixtures of the season and looked calm and composed as usual.

And it would be nothing short of striking gold for Manchester City if they can successfully tie him down to an improved contract offer.

On the other hand, one might argue that Stones deserves a better contract particularly with the kind of form he has struck recently.

Vincent Kompany is not getting any younger and had a lot of injury concerns in the previous season. Eliaquim Mangala has fallen out of favour more often than not, making only 9 appearances in the league last season. In Nicolas Otamendi, however, City have a reliable centre-back who has shown good levels of fitness.

But Stones’ metaphoric rise has overshadowed them all. In the World Cup, Stones was as solid as a rock at the back for England.

He seemed to have taken his game to a different level with an improved sense of positioning and marking. His ball-playing abilities proved to be an asset for Gareth Southgate’s team. Furthermore, Stones got on the scoresheet twice in England’s 6-1 drubbing of Panama. 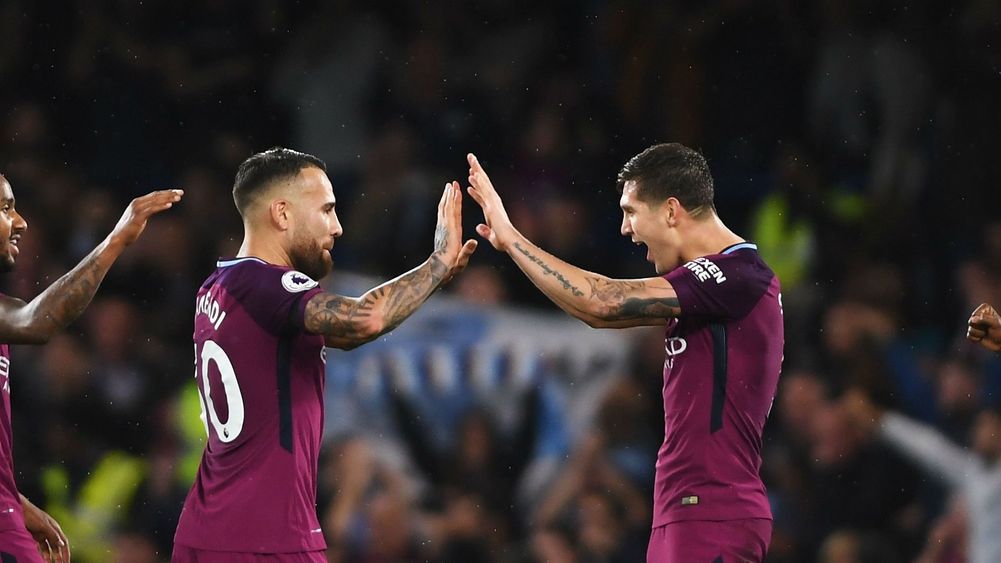 In Aymeric Laporte, City have another promising centre-back who could be a possible candidate to partner Stones at the heart the defence. Guardiola must defend his Premier League crown and to do so, he must ensure there is adequate depth in the squad.

Stones can effortlessly shoulder the weight of City’s defence and at 24, he still has his best years ahead of him. Standing at 6ft 2 in, the centre-back’s physical presence in the penalty area will prove to be resourceful. Furthermore, he can also set up attacks from the back with his vision and range of passing.

The Englishman has shown the versatility to play as a right-back if the need arises. With an incredibly calm head that belies his age, Stones is a class-apart. Staying put at City on a long-term basis will allow Stones to get better by training with quality players and receiving Champions League exposure.

Although his current contract does not expire before 2022, City should keep the Englishman happy with an improved offer. Undoubtedly, the move is sure to yield positive results for both parties.