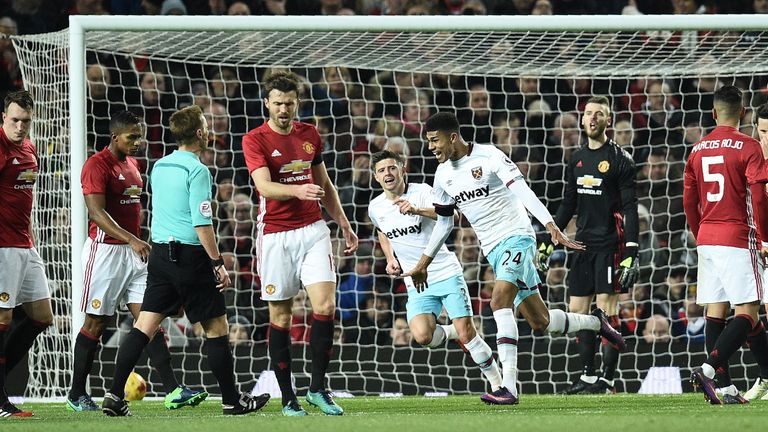 Manchester United seem to be saving their best for the cup competitions this season as they scored four times again, after the 4-1 win over Feyenoord in the Europa League, as they thrashed West Ham United 4-1, to make their way to the semi-finals of the EFL Cup.

It was another strong performance by Jose Mourinho’s side after having their previous home game against the same opponents drawn. Zlatan Ibrahimovic scored very early in the game, but a mistake from goalkeeper David De Gea allowed the Hammers to come back into the match. But two strikes in 14 minutes in the second half by a returning Anthony Martial put the game to bed. The giant Swede went on to add another goal in the stoppage time to heap further misery on Slaven Bilic’s side.

Let’s assess how each United player fared on the night:

Made a huge error leading to West Ham’s equaliser, as he parried Payet’s shot direct at the feet of Ashley Fletcher who finished with aplomb. Was hardly tested either side of the mistake.

Booked in the first half for a foul on Cresswell. Never missed an opportunity to romp forward on the right-hand side. Another display full of energy by the Ecuadorian. Capped off his performance with an assist for Martial’s second goal.

Had one or two nervy moments, but looked very assured at the back as he dealt with the threat of Ashley Fletcher. Looked very confident carrying the ball out of defence.

One of his best performances in United colours as the Argentine showed great anticipation throughout the night. His turn of pace was key against the likes of Fletcher and Feghouli and was never afraid to go into a tackle. Solid.

Had managed to keep Michail Antonio largely at bay leaving the West Ham wing-back frustrated. Looked good going forward on a couple of occasions, but an injury meant he was withdrawn at half-time.

The 35-year old controlled the midfield admirably, stepping into attack time and again and passing the ball sharply through the lines. Continues to show his importance to this side.

A brilliant performance by the Spaniard. Full of energy throughout as he ran from box to box, harrying his opponents on the ball, never giving them time to settle on the ball. Assisted Ibrahimovic’s second strike, with a powerful run into the box. 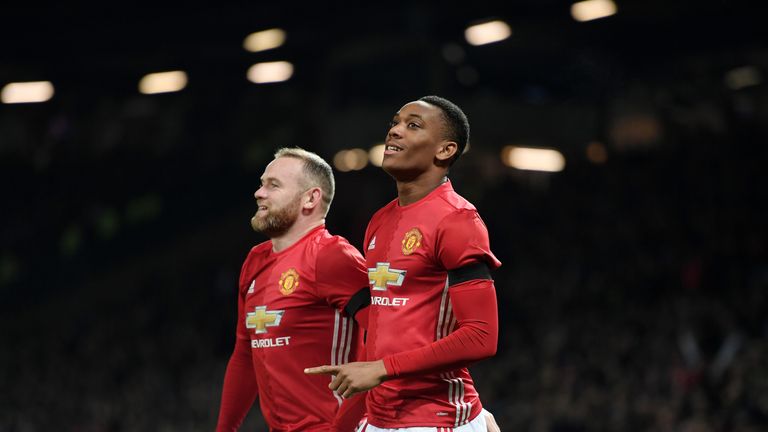 Started the game off with positive runs on the left but lacked the finishing touch in the first period. But that was to change in the second half as he scored United’s second with a powerful finish after being teed up by Mkhitaryan and followed it up with an easy tap in to seal the game for United.

Played a magnificent pass to Mkhitaryan in the build-up to United’s first goal. He managed to test Adrian with a powerful free-kick. His touch was assured, his movement was top notch. Looks to be on the way back to his brilliant self.

Another incredible display by the Armenian as he cut in regularly from the right-flank, encouraging Valencia to get forward. Two assists for him on the night, as he played in Zlatan with a lovely backheel for United’s first, before setting up Martial in the second half. Surely is making up for lost time.

Two well-taken goals. Plenty of silky touches. Some delightful balls played in the final third. That’s Zlatan Ibrahimovic for you. His pass to Antonio Valencia in the lead up to Martial’s second goal was a treat to the eye. He was also seen pressing the Hammers with great intensity. Guilty of missing a couple of chances, but showed his class. 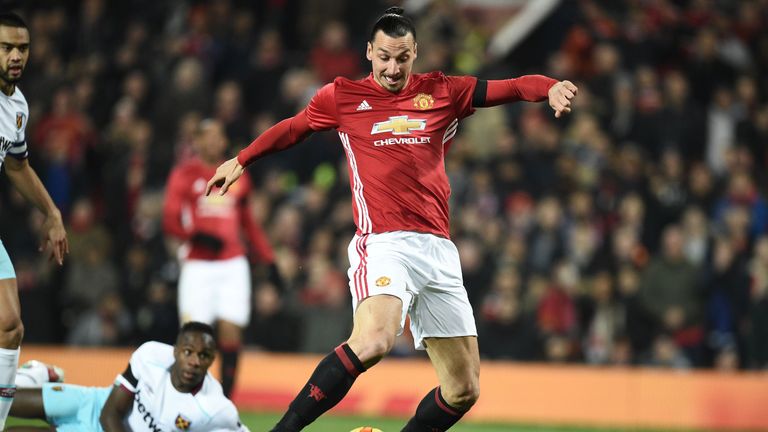 Came on for an injured Luke Shaw at left-back at the restart after half-time. Was outpaced by Antonio on one occasion, but other than that, dealt with West Ham’s limited threat very well.

Replaced Anthony Martial with less than 5 minutes of normal time left. His coming on the pitch was met with the loudest cheers on the night and his big smile said everything. Hardly looked rusty as he managed to get a shot at goal, and set Herrera off on the run leading to United’s fourth.

Came on for Mkhitaryan in the dying moments of the game.