QPR 2-1 Leeds United: The Whites dumped out of the FA Cup

Leeds United were dumped out of the FA Cup in the third round, with Jake Bidwell scoring the winner for Queens Park Rangers at Loftus Road on Sunday.

Bidwell headed home Luke Freeman’s left-wing corner with 15 minutes remaining to give QPR a place in the fourth round of the FA Cup.

Leeds United manager Marcelo Bielsa wouldn’t be happy to bow out of the competition but truth be told, they have bigger priorities this season. He made six changes to his line-up, including Aapo Halme and Jack Clarke.

The Whites started the game strongly and should have taken the lead inside the first minute, only for Tyler Roberts’ powerful drive to smack both posts before rolling away to safety. QPR responded to the early scare and Peacock-Farrell pushed away a shot from Oteh and Bidwell’s header from the resulting Freeman corner.

The Leeds goalkeeper then produced a fabulous point-blank save to deny Bright Osayi-Samuel, who was put through by Ebere Eze’s clever flick. The young Leeds United backline looked vulnerable and QPR could sense it, with the attacking players keeping the visitors on their toes. 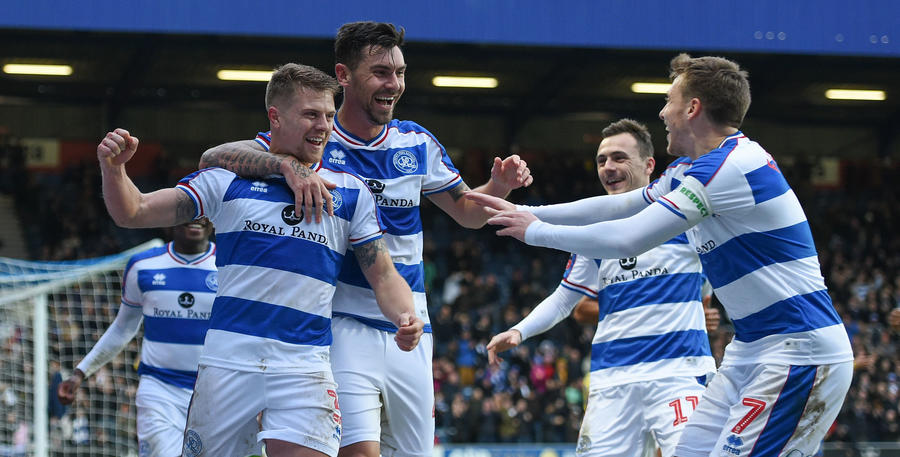 And the inevitable took place when Leif Davis was too slow to react to a loose ball inside his own area, tripping Bidwell in the process. Aramide Oteh stepped up and sent Peacock-Farrell the wrong way to give QPR the deserved lead.

But Leeds United were not behind for long. Matt Ingram, restored in goal in place of Joe Lumley for QPR, fumbled a Lewis Baker free-kick, allowing Aapo Halme to pounce on it and equalise.

In the second half, QPR pinned Leeds back, with Jordan Cousins forcing Peacock-Farrell into a terrific one-hand save from 25-yards out. With 15 minutes left, QPR took a 2-1 lead when Bidwell rose at the back post to head home Luke Freeman’s corner.

Freeman almost made it three when his late free-kick hit the post. Leeds offered very little after going behind and were rightfully eliminated from the FA Cup.

Read more: Why Leeds are lucky to have dodged this £100k-a-week bullet who would not have fit Bielsa’s system anyway

Absolutely disappointed with the team getting knocked out of the FA Cup, here’s how some Leeds United fans reacted on Twitter.

When do we discuss Ayling being terrible?

You wanted your team to lose? Do you seriously buy into the excuse that winning in the FA does anything other than galvanize the team?

Why did Bielsa out a weaker team today rather than having the proper lot out?

No wins in 3 Beilsa OUT!