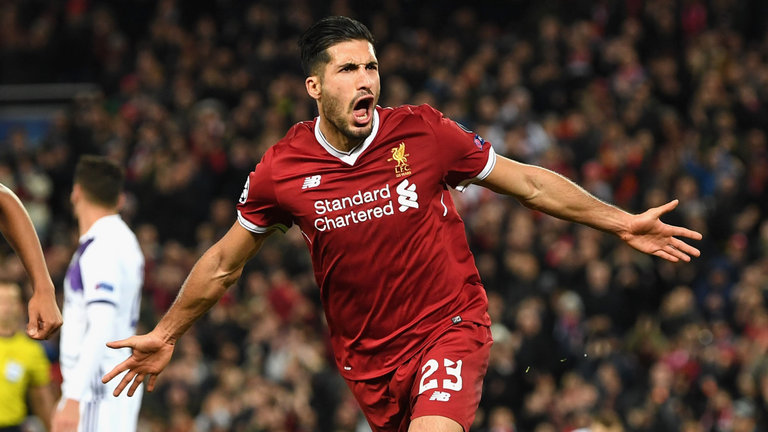 Why Liverpool must reject Emre Can’s demand for wages worth £200,000-per-week

There have been speculations about Emre Can’s future and as per a report from The Mirror, the German has demanded a massive pay hike.

The report has claimed that Can wants wages of over £200,000-per-week in order to stay at Anfield. His current contract is set to run out this summer and although he has received interest from other clubs, the Reds have been trying to tie him down to a new deal.

The player has refused the claims that he wants a massive pay but irrespective of whether the reports are true or not, I think he does not deserve such a massive salary.

Throughout the season, the Merseysiders have struggled at the back. More often than not, opponents have found it quite easy to penetrate the Liverpool defence and score a goal or two.

While the defenders obviously deserve to be blamed, it must be noted that Emre Can is one of the reasons too. Although the 24-year-old is blessed with a lot of talent, he has not managed to turn them into consistent performances on the pitch.

A few years back, Can was one of the brightest young prospects but despite playing regularly, he seems to be far from being the finished product. That does not bode well for Liverpool at a time when they are looking to become Premier League title contenders.

To be fair, had they managed to stay strong at the back, they might have been able to challenge league leaders Manchester City for the title.

However, given Can’s lack of impact, it certainly does not make sense for the club to pay big to retain him. A report from The Mirror had earlier claimed that Liverpool were considering a similar wage plan for Mohamed Salah and that man has been absolutely brilliant this season.

His performances have earned him a lot of plaudits and he is the kind of player who deserves such a contract. So it does not make sense for Liverpool to pay a player like Salah and Can equal wages when the former has been extremely influential than the latter.

I think Liverpool can let Emre Can leave at the end of the season. He isn’t a player who is impossible to replace. In my opinion, any player who doesn’t show enough commitment to the club deserves to be offloaded.