According to a report in the Independent, Premier League giants Liverpool are set to hand a new contract to their striker Divock Origi, who was one of the heroes of the miraculous night against Barcelona at Anfield on Tuesday.

The Belgium international, who arrived from Lille for £10m back in 2014, (h/t Guardian) hasn’t played much football this season but has come up with some highly important goals for the Reds. 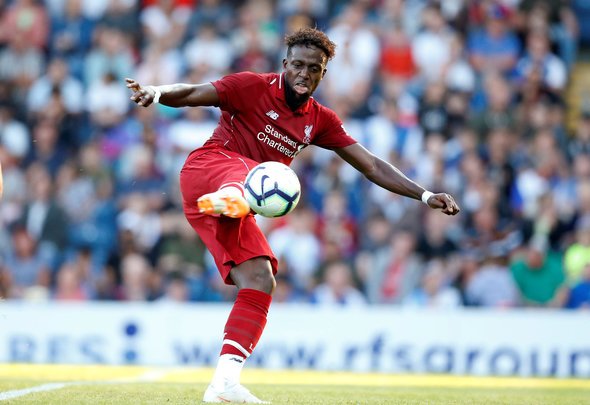 The goal at Newcastle last week and a brace against the Catalans was just an indication that the player possesses the quality to finish off chances, irrespective of whether he starts regularly or not.

After that performance, manager Jurgen Klopp is impressed by the attitude shown by the Belgian. (h/t Independent) As a result, the 24-year-old, whose contract was expiring next summer, is getting an extension.

Here’s why this is a good move by the club:

Origi could be a long-term plan B for the Reds

Divock Origi’s career at Liverpool has been a mystery that continues to positively surprise people at Anfield.

During the second half of 2015/16 season, he was one of the main strikers in the team, but an ankle-breaking challenge by Ramiro Funes Mori in the Merseyside derby ended that campaign.

Since then, the 24-year-old couldn’t really find a place in the squad, let alone in the starting XI. Last year, he went to Wolfsburg for a loan spell, which was a disaster.

Fast forward to the start of this season, it was certain that the Belgian wouldn’t be a regular starter in the team, but he stayed with the squad and kept working hard.

Then, that 96th-minute winner against Everton in December was the turning point. Since then, even though he hasn’t started much, his cameos from the bench have been effective.

Another late winner against Newcastle last weekend kept Liverpool in the title race, while a brace against Barcelona pushed the Reds into another Champions League final in miraculous fashion.

Furthermore, if we analyse the game of Origi, the Belgian may not be the best centre-forward in terms of going past people and imposing his physicality, but he is a great finisher in the box. Hence, he can be a perfect plan B for Liverpool in years to come.

It is clear that if a team is to challenge for big trophies every year, they must have game-changing/plan B players on the bench. In Origi, Liverpool have that. Therefore, they are right in offering him an extension.