According to a report in Daily Mirror, Premier League giants Liverpool have made a £61m bid for Napoli forward Lorenzo Insigne. Suggestions are that Jurgen Klopp is already looking to strengthen his squad for next season despite his current team doing well.

As per the report, the Reds have placed an offer for the Italian through his father and agent Mino Raiola. It is because they didn’t want to negotiate with the Napoli chairman Aurelio De Laurentiis due to his uncanny past.

However, the fee slapped by the Italian outfit is double the offer made by the English club (£131m). But if the player is attracted to a move to the Premier League, price negotiations won’t take much time. Here’s why Liverpool should sign Insigne in the summer:

Insigne would be the ideal foil for the Reds’ front-line

Liverpool are playing a fantastic season in the league and are deserving leaders of the pack. Even though the previous two games haven’t gone in their favour, the onus is still on them to take their game to another level and keep themselves at the summit.

We all know about the Reds’ famous front three. The trio actually works as a team up front, pressing the ball in sync to recover possession as quickly as possible and making the turn-overs count by playing incisive football around the opposition’s box to create goal-scoring opportunities.

However, if two of the three don’t turn up in a particular game, Liverpool look toothless going forward. We have seen many examples of that too. The problem here for Klopp is that he doesn’t have a like-to-like high-quality replacement waiting on the bench to outdo the underwhelming performer. 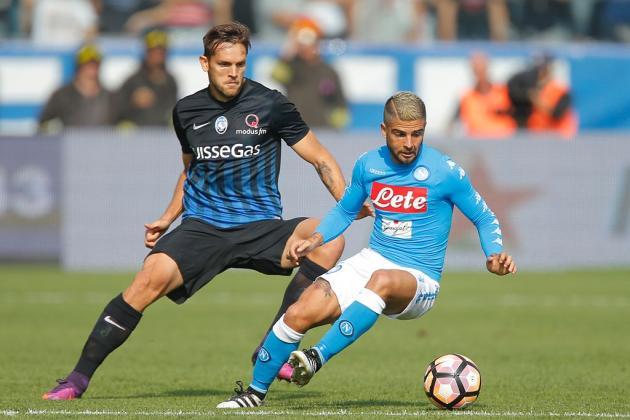 Hence, if the Reds are to challenge for trophies in the upcoming seasons, they need strength in depth in their forward line. And no one could be better suited to playing in that front-line than Lorenzo Insigne.

The Italian is a flexible player who can play anywhere across the front-line and be a menace to the opposition defenders. Apart from his height, the Napoli man has everything in his locker to link up with other forwards and create goal-scoring opportunities on a regular basis.

Read More: Liverpool would be extremely wise to offload £12m flop and replace him with in-form Bundesliga star in the summer

If Liverpool do get him, he may either start with the front three or be on the bench to put pressure on them to not underperform.