According to a report in Sun, Champions League winners Liverpool have joined the race to sign Turkish star Dorukhan Tokoz this summer. The 23-year-old impressed for Besiktas last season following his breakthrough campaign in top-flight football. Italian side Udinese made a £7.1m bid for him, but it was turned down as the Turkish side are holding out for something around £10m (h/t Sun). Tokoz was at Eskisehirspor until the end of the 2017/18 season and had to wait until November last year to get a chance at Besiktas. Since then though, he has taken his opportunity with both hands and nailed his place down in central midfield. 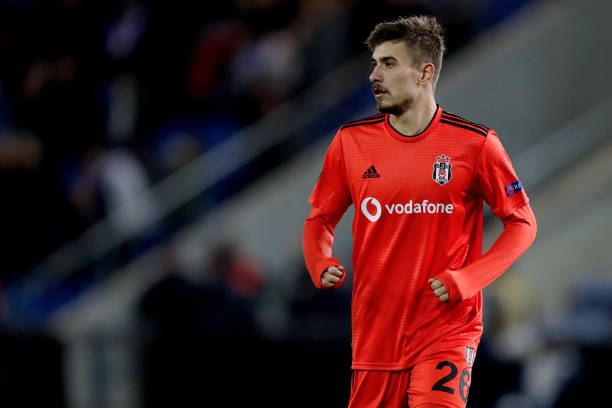 His impressive performances led him to a call-up in the national team and he performed exceptionally well against world champions France in the recently-contested Euro qualifiers. Now with Jurgen Klopp’s men interested in making a move and the price tag known (h/t Sun), here’s why Liverpool should make a move for the midfielder this summer:

Tokoz’s versatility would be helpful to the Reds

Predominantly a defensive midfielder who likes to dictate games from the deeper areas of the field, Dorukhan Tokoz can play as a central midfielder in a box-to-box role and is also capable of operating at right-back as well. If we compare him with a current Liverpool player, the Turkish international is more like Fabinho.

In terms of his attributes, the 23-year-old is a physically strong player on and off the ball, can dictate games with some neat passing from the deep, is well aware of the dangers to snuff them out as soon as they build up. His flexibility is something that should attract Jurgen Klopp and his men to make a move this summer. Tokoz is that kind of a player who can be played in his original position (as a backup for Fabinho), or could be used to fill in other gaps in the team in case of injuries. Read more Liverpool news, click here – Liverpool latest news

All in all, we can say that if the Reds do sign him, they’d get a player who would be enhance the versatility in their squad.