This season’s Premier League has been like no other. Champions Leicester have failed miserably in their pursuit of regaining their title. Whereas several other sides such as West Ham, Tottenham and Southampton who did well last season continue to struggle this term. West Ham’s fall from grace, in particular, is shocking, given the quality of the players at their disposal.

But one team that has impressed this season is Liverpool. The Reds have been in scintillating form under Klopp’s management and can boast of one of the league’s most potent attacking force that includes Phillipe Coutinho, Roberto Firmino, Sadio Mane, Divock Origi among others.

One player that finds himself missing from this list is Daniel Sturridge. The striker has been unable to force his way into Klopp’s plans. A mixture of unlucky injuries and bad form has lead to him being ousted from the team at the moment. This has made him search for pastures new as his career could take a turn for the bad if he does not get himself out of the mess he finds himself in.

West Ham, in particular, have shown a keen interest to sign Daniel Sturridge recently. The Hammers are currently languishing close to the relegation zone, as they sit just a point above Swansea City who are in 18th place. They signed Simone Zaza and Jonathan Calleri in the summer, to help the likes of Diafra Sakho and Andy Carroll in attack. Andre Ayew was also brought in from Swansea for a huge sum, but an injury early in the season has lead to him being sidelined for a very large part of the season so far. 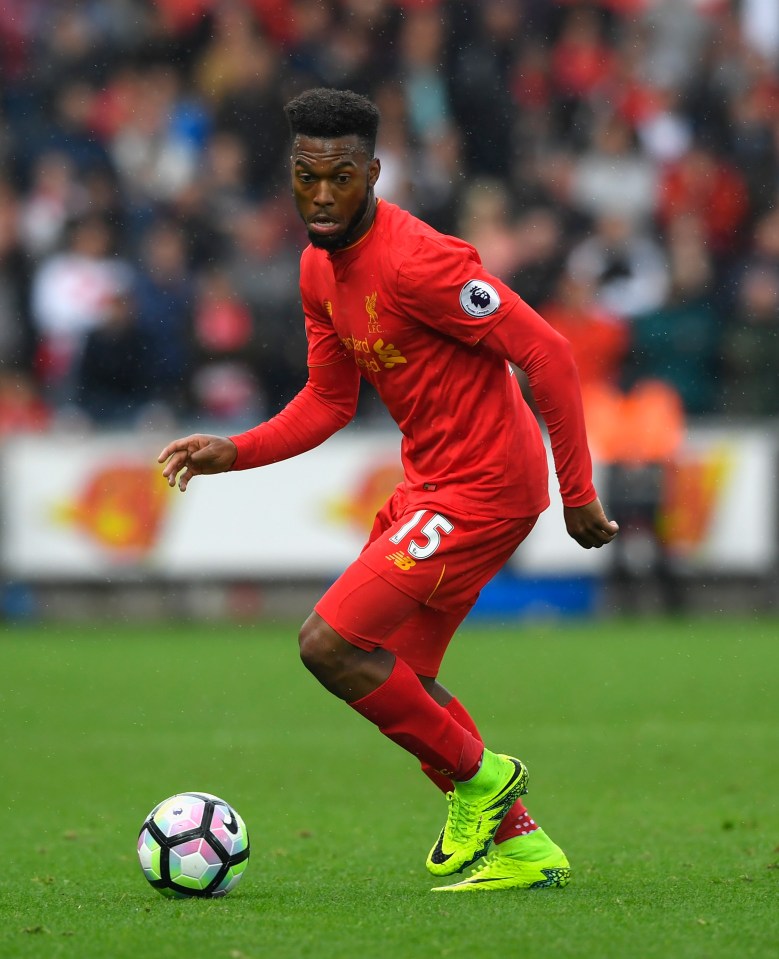 Another reason for West Ham’s failures could be Dimitri Payet’s fatigued return from the Euro 2016, where he starred for the host nation. His tiredness coupled with the fact they had so many injured players meant that Michael Antonio was made the star of the team and the former Nottingham Forest man didn’t disappoint. But it was obvious that such a weight of expectations could not be placed on the Englishman’s shoulders, who to his credit also has an England call up this term.

Daniel Sturridge has been a regular for the England national team and that makes his predicament with Liverpool even more confusing. Maybe Klopp just doesn’t see Sturridge as a threat in the kind of system they have been made to play. A player of Sturridge’s calibre, who scored 23 goals in the season of 2013/14, certainly doesn’t deserve to be made sat on the bench behind the likes of Divock Origi and others.

If Daniel does make the move to West Ham, he could change their fortunes heavily as he has all the talents to do so. He has the pace, the panache and vigour required to lead a Premier League team’s frontline and he has shown this with many clubs such as Manchester City and Chelsea in the past. He can count Liverpool as one of the clubs where he had the most success with, but the way it is going now, he will have to depart soon. West Ham could be the perfect destination to get his career back on track.