According to a report from The Mirror, Liverpool have turned their attention to Memphis Depay after losing out on an attempt to bring in Thorgan Hazard in the summer.

Hazard has confirmed on an agreement with Borussia Dortmund over a summer move according to the report and he will not be coming to the Premier League next season.

Liverpool have had one of their best seasons in recent years and are in the hunt for both the Premier League and the Champions League.

Manchester City are in pole position to retain their league title and Jurgen Klopp’s side have the daunting task of overcoming Barcelona in the semi-finals of the Champions League.

Irrespective of what happens in either competition this season, Liverpool will need to strengthen their squad to compete with the likes of Manchester City and Manchester United, who have been big spenders in recent transfer windows.

The Reds have been in need of a backup forward to ease the pressure off of Roberto Firmino and Sadio Mane. The signing of Memphis Depay will give them more than just a backup and Jurgen Klopp should have no hesitation in making a move for him in the summer.

After a torrid spell with Liverpool’s rivals Manchester United, Depay has reignited his career with Ligue 1 side Olympique Lyon, for whom he has been a star.

The Dutchman has had a phenomenal return of 9 goals and a stunning 14 assists to his name so far this season and would take Liverpool’s attack to a whole new level.

Since making the switch from Manchester United, initially on loan, which was made permanent, Depay has made 110 appearances for the Les Gones, scoring 36 goals and providing 39 assists in all competitions so far.

Depay’s versatility up front would be ideal for a team like Liverpool, who are positionally free flowing in attack.

His ability to play as an out and out striker will give Jurgen Klopp the option of bringing Firmino into a number 10 position, which would potentially solve the lack of creativity from midfield that they’ve suffered from at times this season. 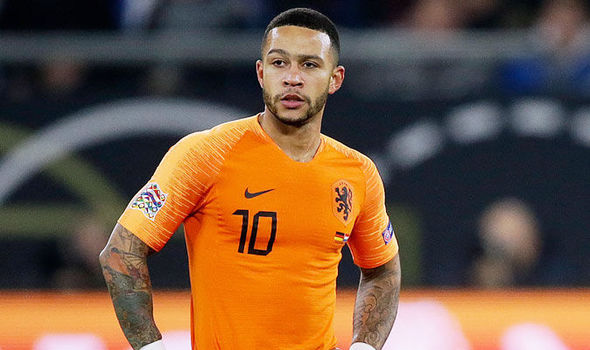 Depay’s set-piece prowess would also be an added bonus for the Reds, who have missed the quality on dead balls since the departures of Philippe Coutinho and Luis Suarez to Barcelona over the last few years.

Liverpool could not possibly go wrong with the signing of Memphis Depay in the summer.

The Dutchman’s time at Manchester United should not have any bearing in the Reds’ decision to sign him and signing him will give them bragging rights over their arch-rivals. His arrival would help them launch a comfortable Champions League challenge next season again.