According to a report in Daily Star, the Premier League giants are eyeing up a shock move for Hull City’s David Marshall as a replacement for outgoing Simon Mignolet during this transfer window.

Mignolet was vying for the number one spot in the team along with Loris Karius last season. But with the arrival of Alisson 12 months back, the Belgian has slipped into the backup role for the whole of this campaign. (h/t Daily Star)

Hence, it is expected that he will leave Anfield in search of regular football elsewhere (h/t Daily Star). That will leave Jurgen Klopp’s men to find a new goalkeeper to backup Alisson next season onwards.

And Liverpool’s scouting network have identified Marshall as an ideal number two option for the club (h/t Daily Star).

The 34-year-old’s contract runs down this summer at the KC Stadium, hence, if the Reds make a move for him, he can join on a free transfer. (h/t Daily Star)

Here’s why this is a good move for both parties:

David Marshall is an experienced goalkeeper, who has played a lot of football at various levels in England. He is currently at Hull City, where his contract expires this summer but was one of their key players throughout the course of the season.

It was due to the 34-year-old’s saves that the Tigers managed to turn an atrocious start to the campaign into a respectable 13th placed finish in the table.

In terms of attributes, Marshall possesses everything you need for being a very good goalkeeper. His propensities of passing from the back may not be as good as most modern-day goalkeepers, but he does have a safe pair of hands, which is primary for a goalie.

Hence, it makes sense for Liverpool to add an experienced player in their squad, who can back Alisson up, and also be a mentor to young keepers in the club. It would be good for Marshall as well to come to a club which is on the rise and make some contributions. 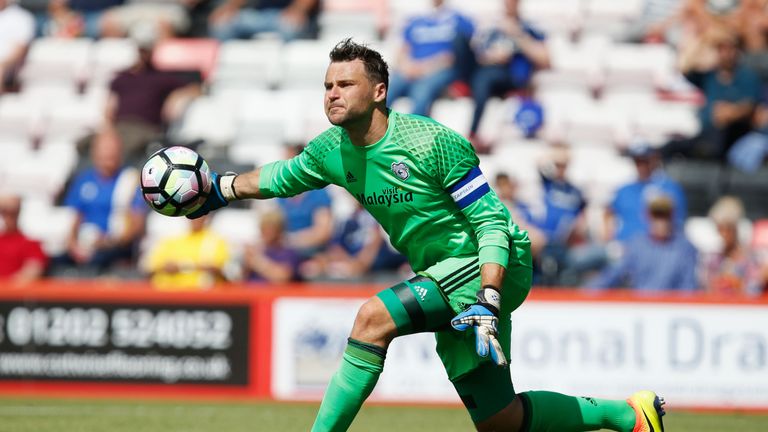 All in all, this deal makes a lot of sense and it should be done as soon as possible.