Liverpool are talking serious business right from the start of the transfer market and Brendan Rodgers has shown some serious intentions until now. Last season Rodgers left things for pretty late and as a result had to cope up with only Luis Suarez as the sole attacking player in the side until January. This season the former Swansea manager promises to make amends for that and shape up the team with plenty of time left.

They have already made the deals for Manchester City defender Kolo Toure on a free transfer as a replacement of club legend Jamie Carragher and also Celta Vigo forward Iago Aspas. They have also made progress with Shakhtar Donetsk’s Henrikh Mkhitaryan and Tiago Ilori in case Martin Skrtel decides to leave.

But according to recent reports Liverpool are closing in on the transfer of two wingers, one from the La Liga and the other from Portuguese league. Sevilla winger Luis Alberto and Porto player Christian Atsu are on the radar of the Merseyside club and Rodgers wants both these players to join the team.

According to the Independent, Liverpool may complete the deal for for a fee which is believed to be around £6m. Luis Alberto is a very versatile midfielder who can certainly add to the depth of the squad, from being the sole striker to the wide forward to the man behind the striker. With Luis Suarez probably leaving in the summer and Sturridge being possibly injured, Alberto can form the partnership with Aspas at the forward. He can also be deployed on the wings in place of Downing or Henderson, who although improved, is a long way from being top players.

Sevilla’s club director, Ramon Verdejo, confirmed that the clubs were holding talks regarding the midfielder’s move to England, but nothing has yet been agreed.

“Liverpool’s interest in Luis is real, but nothing has been signed. They’ve made the player a very important offer,” he told Sevilla’s official TV channel, La Bombonera. 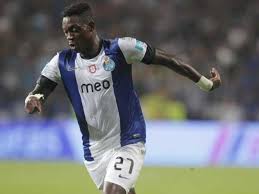 Porto winger Christian Atsu, on the other hand, would like to force a transfer through after his relationship with Porto deteriorated and now Liverpool hope to have him for £3m. The 21 year old Atsu has done well this year in the domestic league and also in the Champions League and has been a major influence on the team. Atsu is a prime physical specimen with tremendous speed and technique. The Guardian has already reported that Liverpool are in advance talks with Porto.

If these two players join the ranks of Liverpool next season, they would certainly add more width and penetration to the attack, although this might be a disturbing news for Downing or Sterling, but for manager Rodgers these players may just be the difference between a mid table finish and a top four finish.