Liverpool have made a dream start to their Premier League campaign and are currently sitting pretty at the top of the league standings with a healthy lead over second-placed Tottenham Hotspur.

The Reds’ push for their first-ever Premier League title is going from strength to strength and the fans are starting to believe this may finally be the season when its 28-year wait comes to an end.

Liverpool, of course, are the club which craves a league title more than the others. There are a lot more games to play and Jurgen Klopp needs to be cautious. However, the Merseysiders look better equipped now than they have at any point since securing their last league title back in 1990. 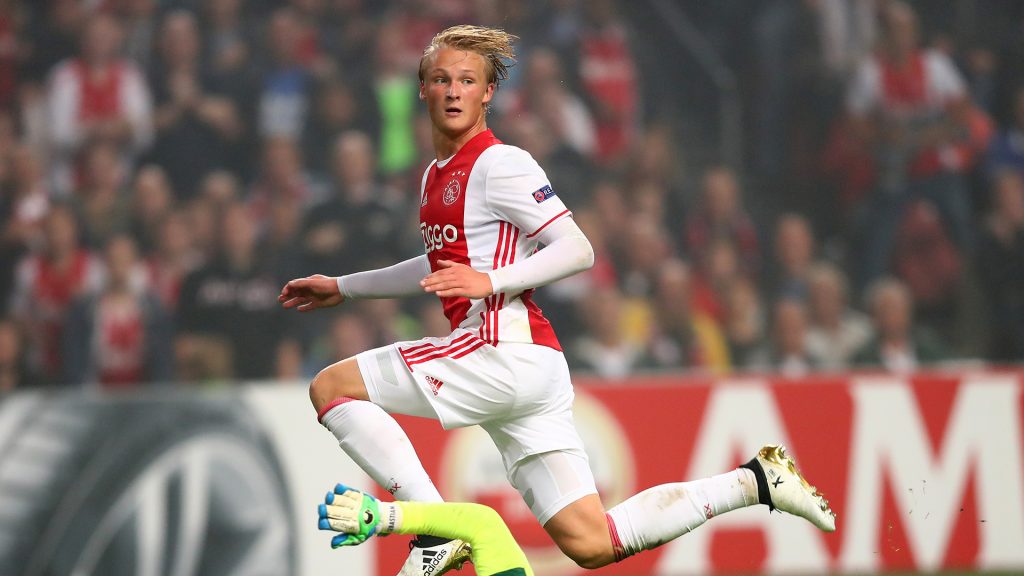 With half the season still to play, Liverpool cannot afford any complacency. Despite firing all cylinders in the league, the Reds need to sign reinforcements in January to beef up their squad.

Liverpool’s front three of Mohamed Salah, Roberto Firmino and Sadio Mane continue to hog the limelight but their defence — marshalled by the excellent Virgil van Dijk — has earned equal plaudits. But with the FA Cup set to start from January and Champions League to follow, Klopp should aim to keep his entire squad fresh, especially his dazzling front three.

That said, Liverpool must make a move for Ajax starlet Kasper Dolberg in January.

Kasper Dolberg, 21, broke into Ajax’s first-team in the 2016-17 campaign and scored 23 goals in all competitions as the Dutch club reached the Europa League final then but lost 2-0 to Manchester United. While the young Dane managed to find the back of the net just nine times last season, he appears to have regained his mojo this term, netting seven goals in 11 Eredivisie games so far.

In Kasper Dolberg, Liverpool would get a talented, young and exciting centre-forward. A tactically versatile attacker, the 21-year-old has been used both as a centre-forward and in the hole. He has the ability to cause problems for the opposition’s defence with his pace, movement and dribbling skills.

The young Dane has the awareness and the instincts to lose his marker in the final third and can create that extra yard of space for himself with sharp turns. Dolberg has a decent first touch and can also create chances for his teammates with incisive passes but he is mainly known for his deadly finishing in front of goal.

To put things into perspective, for a manager like Klopp, Dolberg would be an ideal acquisition because he would add something different to the current attacking unit at Anfield. Dolberg is just 21 and is a star for the future. He could be tempted to play under Klopp, who has shown a great eye in nurturing young talents.

Read more: Liverpool signing this highly talented PSG star would solidify their midfield – could be a good Henderson replacement