Liverpool will be struck with a huge blow next season if and when Luis Suarez decides to leave the club. Till now that seems the most likely option with Suarez dropping hints of a possible transfer on a number of occasions. Brendan Rodgers, who has struggled a lot in developing the Reds, should start thinking of life without Luis Suarez and find adequate alternatives for the striker as most of his plans revolved around the Uruguayan hit-man.

To start off let us say that if the partnership of Suarez and Sturridge would have continued at-least for sometime and the fans would have been extremely pleased as this was going on to be a brilliant synchronisation, rarely witnessed by the Anfield crowd these days. How many can forget the goal that Suarez scored against Norwich City after Sturridge played a dummy pass?

But then it has to be remembered that this season Sturridge scored a hattrick against Fulham at a time when Suarez was out of action facing his ban for the bite-gate controversy. More than half of Sturridge’s eleven goals that he has scored in this season have been done when Suarez was not around on the field. So it may not be entirely true that Sturridge does not have the capability to run the show alone and always needs the support of someone else to feed him with brilliant passes.

The shirts have been burnt, abusive messages have been shared over the social networking websites as the Reds are preparing to look forward to the next season knowing that Suarez will not be available. But, before we go further, we must accept the fact that Suarez even after all this theatrical events will truly be missed. 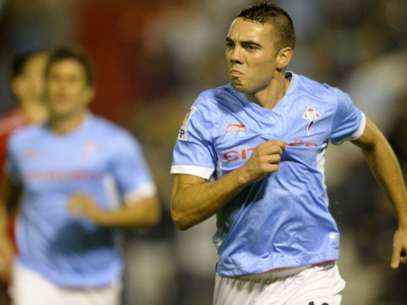 Moving on, reports suggests that Liverpool are on the verge of acquiring the signature of Celta Vigo star Iago Aspas and the deal is expected to be completed sometime very soon. In Aspas, will Liverpool get a quality centre forward? or is he a perfect replacement for Suarez?  Well that’s debatable, but Aspas do have the quality to partner Sturridge in the attacks. His records have been pretty impressive in Spain and with the rumoured fee of £7m, he may just prove to be one of the bargain signings of this season.

If Liverpool are to progress in the coming seasons, there is one man to whom they should look forward to, that is Phillipe Coutinho. The Brazilian has been absolutely breathtaking in his debut season and seldom has so much euphoria surrounded a particular player. In the post Suarez era his role will definitely be increasing and we will be able to see him more leading the attack.

Liverpool have a pool of talented youngsters in the likes of Raheem Sterling and Jordan Ibe who are just waiting for their opportunity to get featured into the first team. Now these players are supposed to get more playing chances and this may in the long run help Liverpool to make a team of the future.

In other news, the Guardian are also reporting a £22m move for Henrikh Mkhitaryan from Shakhtar Donetsk. It is believed that Manager Brendan Rodgers will complete the deal for the attacking midfielder he has targeted for months with the blessing of his American owners, regardless of the uncertainty over the Suarez’s future. Now that’s a pretty decent signing and given that they manage to snap up a good defender, it should pretty much sum up a decent transfer window for the Merseyside.

Here are some of their ratings, courtesy of Whoscored.com:

We are never dropping a hint that replacing Suarez would be a cakewalk for Rodgers but we are just suggesting that with Liverpool’s current resources, life would not come to a halt at Anfield (Or at-least go down the drain).