While the battle at the top of the Premier League has turned into a three-horse race between Liverpool, Chelsea and Manchester City the battle at the bottom is not as intriguing. With 17th placed Norwich City 5 points above the drop zone it might look as if the current bottom 3 are destined to drop down. But, after Norwich’s 1-0 home defeat at the hands of West Brom, Chris Hughton, the Norwich manager, was sacked. In reality, the threat of sack had been hanging over his head for quite a while now given their investment in the summer and the relative lack of returns on the field. With 26 goals scored from 33 games, they are Premier League’s second worst offensive team. 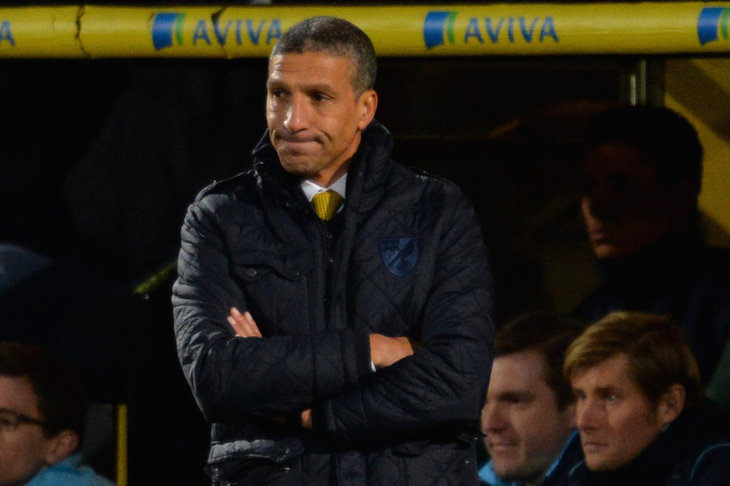 The moot point as far as Hughton’s sacking is whether it’s a prudent move at this stage of the season. Despite being the first move adopted by club owners to revive the sagging fortunes of a club, historically-and this season lends credence to it- managerial changes have had little effect- barring a few exceptions- on teams’ fortunes. Fulham and Sunderland have shown little upswing in fortunes- and little movement up the table- since the sackings of Rene Mulensteen(and Martin Jol before him) and Paolo Di Canio respectively.

Although there have been brief signs of revival, they have been blown away by the inherent flaws within the respective squads. Gus Poyet, Sunderland’s manager, almost gave up hope of escaping the drop after the 5-1 trashing at the hands of Tottenham saying something tantamount his side lacking the basic skills to play football. Only Crystal Palace have shown real signs of improvement since the sacking of Ian Holloway and the subsequent appointment of Tony Pulis.

Coming back to Norwich, much like as we saw with Fulham in last week’s column, their performances have seen a steady decline over the course of the season. As we can see in our Corresponding Fixtures difference Table below, with a Corresponding Points Difference of -9 Norwich are the third from bottom. What would have forced the Norwich owners to pull the plug on Hughton’s reign was their daunting fixture list in the next 5 weeks. With away trips to Old Trafford, Stamford Bridge in the coming weeks, this weekend’s trip to Fulham assumes great significance.

Their remaining home games are against a rampaging Liverpool side and a final day clash against Arsenal. From the same set of fixtures last season, Norwich took 3 points courtesy a home win against Arsenal. If they lose against Fulham this weekend, it sucks them right into the relegation dogfight; a win at Craven Cottage it gives them a bit of breathing space. Are Norwich hoping to stave off relegation on the back of a brief upturn in fortunes associated with a new managerial appointment?

The highest goal tally amassed by a title winning side in the Premier League era is 103 achieved by the Chelsea side of 2009-10 under Carlo Ancelotti. It looks like that record is under threat this season thanks to the free scoring ways of Manchester City and Liverpool. While Liverpool have scored 90 goals from 33 games so far, Manchester City aren’t too far behind with 84 goals from 31 games. With an average of 2.7 goals per game, both are on track to equal the figure of 103. But with both the sides facing off this weekend in what is potentially a title decider, the winner of this game may not only go on to win the title but also equal, or surpass, Chelsea’s 2009-10 tally of 103.

Stats are compiled by Chaitanya Gööner with the help from footballwebpages.co.uk