Ben Chilwell will play a crucial role for Leicester this season

Leicester City opened their campaign with a defeat against Manchester United at Old Trafford. The Red Devils won the game 2-1 with Luke Shaw doubling the lead after Paul Pogba’s penalty. It wasn’t the perfect start for Claude Puel’s men but they definitely had a lot of positives to take from the game.

The Foxes didn’t noticeably play a bad game. You could just say luck wasn’t on their side. Given that Jamie Vardy scored their only goal of the game just minutes after coming on showed that they would have threatened a lot more had he started the game. Claude Puel also resorted to benching new signing Rachid Ghezzal, who looked lively after coming on as a substitute.

It’s fair to say the scoreline would have been a lot different had they both started the game. However, one player who put in an inspiring performance was Ben Chilwell. The youngster was fantastic for the Foxes throughout the game. Chilwell looked exciting every time he got on the ball, surging forward to support the attack. 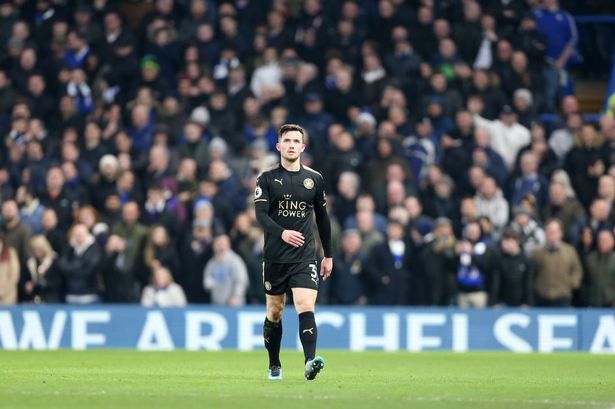 The left-back had a pass success rate of 82% in the game. He was also defensively excellent. Chilwell is a tough-tackling defender who never shies away from a challenge. He’s a hard defender to get past and the kind of player who likes to frustrate his opponents.

At the age of 21, Chilwell has blossomed into a talented defender who will only keep getting better as time goes on. Chilwell has slowly and gradually established himself as a key member of Claude Puel’s side. Like Harry Maguire last season, it can be Chilwell to rise to the occasion this time out.

He is also a versatile player and is capable of slotting into a left-midfield role as well. The English defender also thrives playing as a wing-back. He will surely rack up a few assists if not goals to his name this season. Leicester City striker Jamie Vardy would definitely be looking for his crosses into the box. The Foxes striker would certainly thrive off Chilwell’s deliveries into the box.

As Leicester City face off against newly promoted side Wolverhampton Wanderers next, Chilwell will once again aim for a repeat performance from last game and step up for the team. He will surely play a key role for the Foxes this season as they aim to get back to their best.