Left footed players are always considered to be prized assets as they give immense balance to the team when they play. We have always been entertained by some of the best left-footers in the world, be it Ryan Giggs who is notably the best to have played in the league or the recent superstar Gareth Bale. Left-footers are rare, tough to read and are usually pretty successful.  In this list, we look at a team full of left-footers in their respective positions.

The young Chelsea keeper is seen as one of the best in the world and at age 22 he has a long, long way to go in his career. He is left footed, same as his world class deputy Petr Cech and is undoubtedly the best left footed keeper in the league!

You cannot argue over the quality of his left foot. The lad has got amazing power in his shooting, and with his explosive pace and stamina, he becomes the perfect fullback for the Premier League. Liverpool have really got their hands on a player with great potential and they would love to see him bloom into one of the top players in the world. 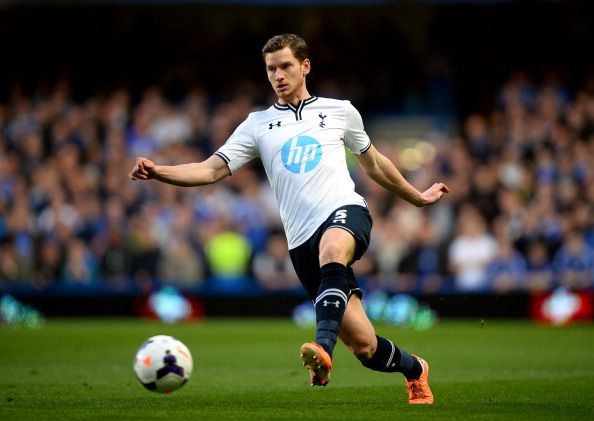 The Belgian is a powerful defender capable of operating as a centre back which is his natural position, as well as a left back, where he can function because of his good running ability and a powerful left foot which he sometimes likes to use to shoot from distance.

The new beast the Citizens have signed is a left footer and is capable of playing both central defence and left back like Vertonghen. He has great pace for a central defender and with the strength and stamina, he can bully the forwards and looks like a perfect fit for the Premier League.

He is one of the most prolific left backs in the Premier League and he has his famous left foot which he uses for his crosses and free kicks. He is good at shooting from distance as well, and is a key offensive player for Everton.