Leeds United have started the season in unbelievable form, which has seen them lose just 5 of their opening 26 games in the EFL Championship. Last season’s 13th-place finishers have looked like an inspired side under the able guidance of Argentine Marcelo Bielsa.

While they have made insane progress as a team in the past 6 months, a large part of their success is down to the flurry of loan deals that they were able to complete in the summer window.

Lewis Baker, Izzy Brown and Jamal Blackman were all loaned in from Chelsea while they contacted Manchester City to complete the deal for young winger Jack Harrison.

While they also completed the permanent signing of former Chelsea striker Patrick Bamford from Middlesbrough, the loan deal has really stood out is deal they struck with FC Utrecht for Polish international Mateusz Klich.

Marcelo Bielsa has resorted to starting Klich in all of their 26 league games so far this season. Like Klich, Macedonian international Ezgjan Alioski is another player who has played all of the league games from the start this term.

He has played almost exclusively on the left flank and has managed 4 goals from that position in the league.

While they have the injured Stuart Dallas and 18-year-old Jake Clarke as alternate options in Alioski’s position, it would be a smart move by Bielsa to bring in a player who could challenge him for the left-wing position.

While he has been excellent for Leeds so far this season, the risk of fatigue affecting his performances is always there. 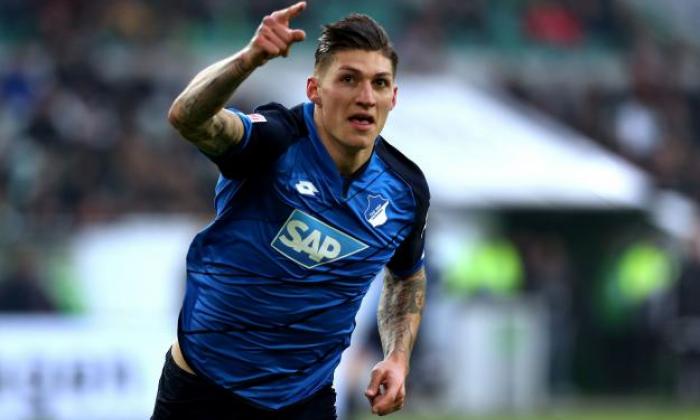 Reports from the Express suggested that Leeds were considering a move for Hoffenheim winger Steven Zuber to compete with Alioski. This could’ve proved to be a very fruitful move as an unexpected injury to Alioski could rock this Leeds side to the very core.

Zuber is a highly-rated left-winger who is also comfortable in central midfield. Fast and composed, the Swiss international has only played a part in 9 Bundesliga games this term.

He was a part of the Swiss side that went to the FIFA world cup, and started 3 of their 4 games in Russia, scoring the equalising goal in their 1-1 draw against Brazil. He is an excellent crosser of the ball and will be able to help strikers flourish.

Read More: Leeds’ attack would receive a much-needed boost if they land this 27-year-old Bundesliga ace this month

With 26 games behind us, Leeds United are currently on top of the EFL Championship table, clear of 2nd placed Norwich by just 2 points. While a large part of the season is still ahead of us, the Zuber transfer could’ve provided Bielsa with the depth he needs to push for the Championship title, and hence attain promotion to the top-flight.

French publication L’Equipe have confirmed that Zuber has joined Stuttgart on an 18-month loan, which will come as bad news for Leeds fans everywhere. The Whites should have pushed hard to sign the player. It’s safe to say that Leeds have missed out on a good talent.