According to a report in Leeds Live, Leeds United have been linked with a move for Portsmouth winger Jamal Lowe during this summer transfer window. West Brom and Middlesbrough are also in the race.

The Whites, having suffered playoff disappointment at the hands of Derby County, now have to plan for one more year at the Championship in a bid to return to the Premier League. (h/t Leeds Live)

After Portsmouth’s defeat to Sunderland that keeps them in League One once again, speculations arise that Lowe could leave the club this summer. (h/t Leeds Live)

As per the report, Lowe, who has a contract with the Pompey until next summer, does express his desire to play in the Championship. (h/t Leeds Live) 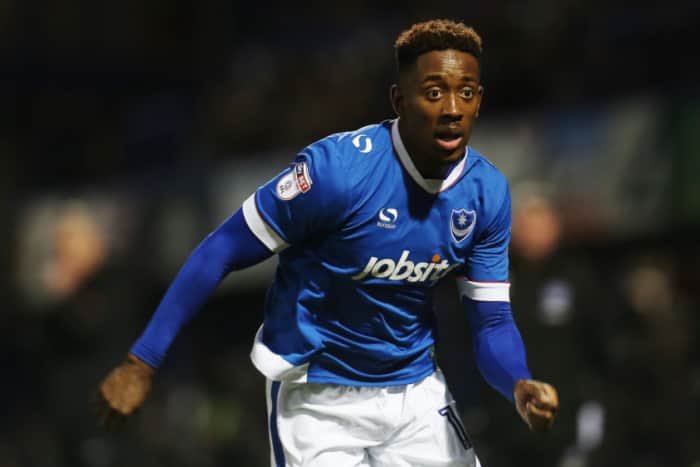 Here’s why Leeds should use that and beat others in this race to sign the 24-year-old:

Lowe’s exploits in wide areas could help the Whites

Predominantly a right winger, Jamal Lowe is capable of playing on the other side of the field as well. He is a rapid wide player who possesses the ability to weave past defenders without much notice.

The 24-year-old has a good eye for picking out great crosses in the box or key passes to fellow attackers. On the ball, he can cut inside on his right foot to unleash a shot towards the goal.

With 17 goals and 9 assists in 54 appearances in all competitions this season, Lowe has shown that he is a budding goal-scoring winger, who is slowly bursting onto the scene.

On the other hand, if we look at the options Leeds and Marcelo Bielsa have in the wide attacking areas, they are not much apart from Pablo Hernandez. The likes of Jack Clarke and Jack Harrison haven’t done enough on the left-hand side of the attack.

Hence, it is so vital for the Whites to make a swoop for Jamal Lowe this summer. His creativity, trickery and scoring of goals from the wide areas would help the team massively.