According to a report in Wales Online, Championship side Leeds United have been linked with a move for Liverpool midfielder Ovie Ejaria this summer.

As per the report (h/t Reading Chronicle), fellow Championship side Reading are also interested in the player and are probably leading the race for this deal at the moment. (h/t Wales Online)

From the Leeds viewpoint, this is the third Liverpool player they have been linked with during this window, winger Ryan Kent and playmaker Harry Wilson being the others. (h/t Wales Online)

Currently, the Reds are expected to offload Ejaria this summer after a series of loan spells around the country (h/t Wales Online). Here’s why Leeds should beat Reading to the signature of the 21-year-old:

Leeds United struggled a lot, especially in the second half of last season to have variations in their midfield department to hurt opposition teams in different ways. The departure of Samuel Saiz didn’t help their cause either.

So, if Marcelo Bielsa’s men are to improve their performance level in terms of having more options in midfield, they could do this by signing a versatile midfield player ahead of next season.

For that reason, they are right in being in the race to sign Ovie Ejaria from Liverpool. The 21-year-old is a versatile midfield player, who can play the box-to-box role, attacking midfield role or also operate as a wide midfielder if required. 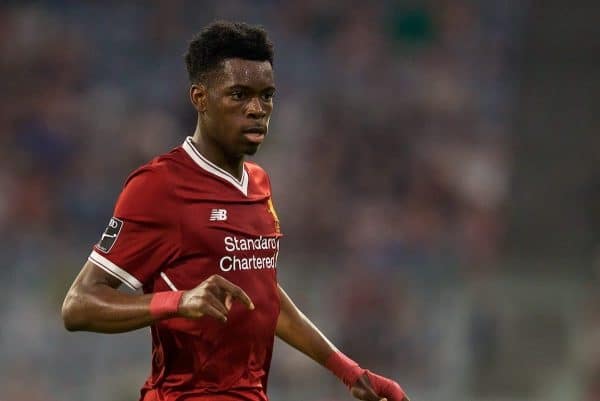 In terms of his attributes, the midfielder is good with the ball at his feet, can dribble past players, is a very good passer from midfield, is physically strong and is committed to working for the team off the ball.

The youngster, despite having the potential, may not be able to get regular game time in a star-studded Liverpool team, thus, he would be advised to agree to a move offered by either of Leeds or Reading.

All in all, we can conclude by saying that Bielsa’s men shouldn’t hesitate to beat Reading to sign Ejaria during this transfer window. They can get better with him in the squad.