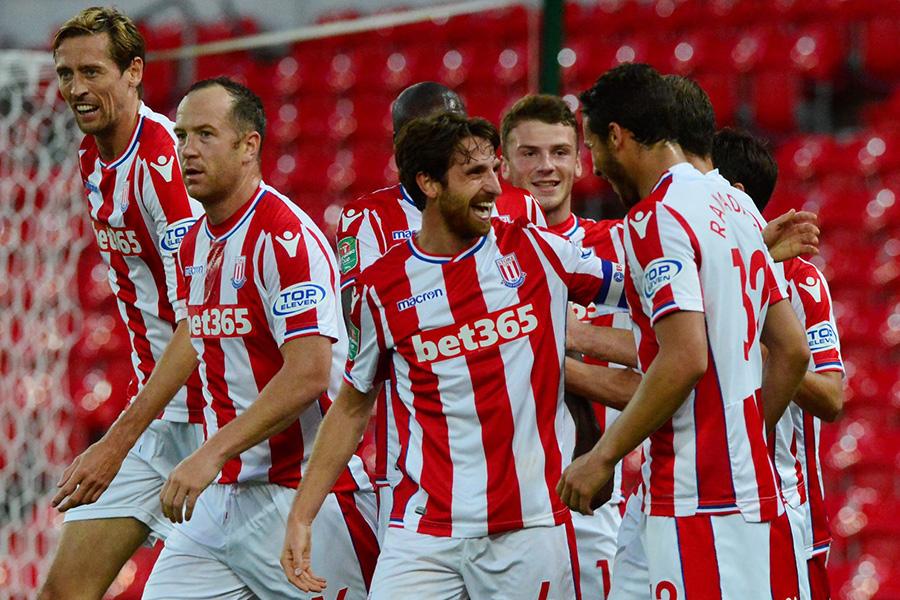 Stoke City have a task on their hands when they travel to the King Power to take on the best side apart from the big six, Leicester City. The Potters sit in the relegation zone and are desperate for points. Although the Foxes are not in the best of forms, their home record is more than threatening for a visiting side.

Their top striker, Jamie Vardy has been in red-hot touch and the Potters will have to lift themselves up and avoid conceding goals, as they have already conceded 32 on their travels this term. A boost for them is the performances of Xherdan Shaqiri, who has scored twice in two gameweeks for the first time in his PL career and there is no doubt about his ability.

Having said that, this side has the ‘winning mentality’ and a ‘survival instinct’. It will be interesting to see how Paul Lambert goes about searching for his second win.

Peter Crouch will mostly remain out with an ankle injury, which means young forward Tyrese Campbell could come on as a target man during the course of the game. Bruno Martins Indi returns but may not feature in the starting lineup. Stephen Ireland is sidelined. 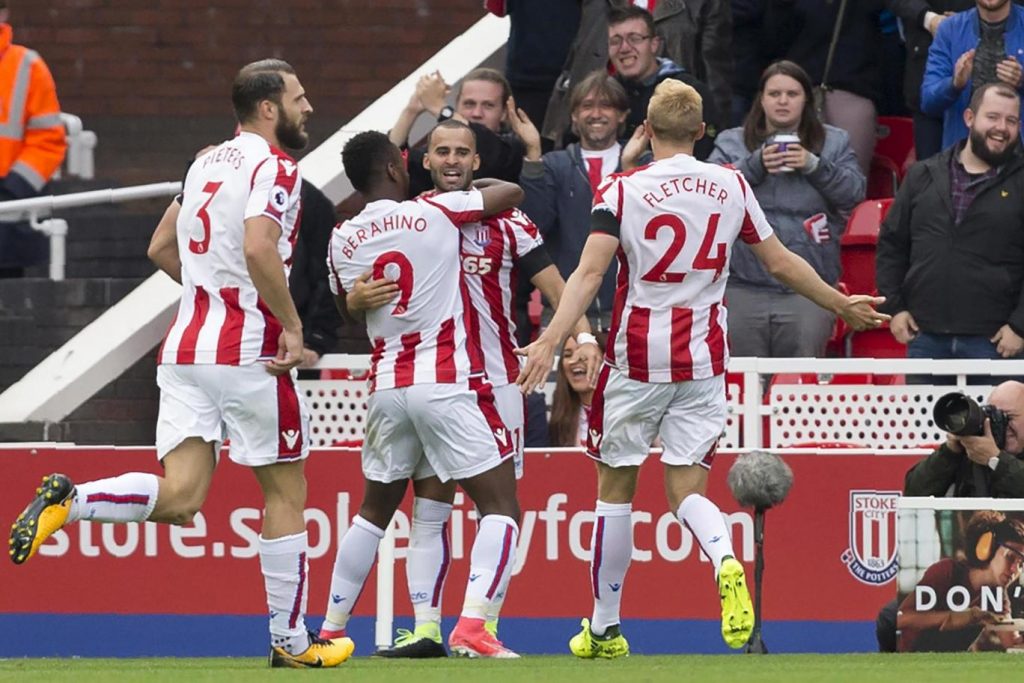 Stoke City should go with a 4-3-3 lineup as they have been doing so. One of the midfielders will sit back and try to protect the back-4 whereas the other two could involve more in the build-up play. The quicker they get out of the blocks with Choupo-Moting and Shaqiri, the better it is for their result.

One of the best keepers in the league for sure, Jack Butland will guard goal for Stoke City.

Decisive and disciplined, Bauer will play at right-back. The manager really seems to have the utmost faith in him.

Considering the season that Stoke are having, Zouma has comparatively been superb. He will play in central defence.

Formidable and robust, Shawcross will play alongside Zouma. They are the best centre-backs in this squad, without a doubt.

Another one of those physical players who needs to up his game. His delivery will be crucial.

Ndiaye will continue in central midfield, in a rather deeper role.

Was subbed off last time due to attacking requirements but Fletcher’s presence of mind, ability to read the game and passing accuracy should hand him a start here.

Allen will play in central midfield as well. He will have to create chances, play the key passes and get into the box. Defensively, he is solid.

The Swiss international strides forward and is a real colossus for the Potters. His creativity, long-range shooting and set-piece capabilities will be key.

Choupo-Moting will play at left-wing. He is strong, sturdy, quick and has excellent technical abilities.

Diouf needs to get his goal scoring form back. He is physical, skilled and is a decent finisher.