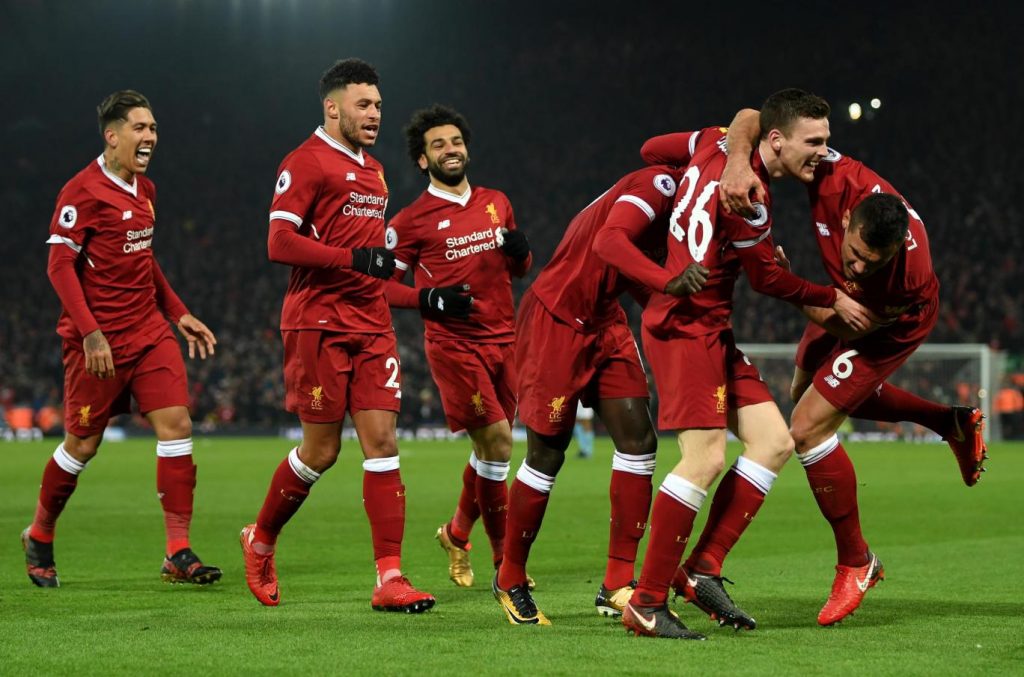 Predicted Liverpool Lineup To Face Tottenham In The Premier League

Liverpool are back to winning ways following a comprehensive 3-0 victory over new boys Huddersfield Town and will now seek a revenge for their disastrous 4-1 Wembley defeat against Sunday evening opponent Tottenham Hotspur. Spurs are high on confidence as they are coming into the game on the back of a sensational 2-0 win against Manchester United and an Anfield win over Liverpool will bring them back inside ‘top-four’ for the time being. Jurgen Klopp is well aware of Spurs’ ability and the weekend encounter is expected to be a high-voltage one in an electrifying ambience.

Liverpool will continue to miss Nathaniel Clyne following his back surgery but he is close to returning to team training. Ragnar Klavan is likely to pass a late fitness test but Adam Lallana had a setback and despite being back on the training ground, the Englishman is not expected to be involved in the weekend clash.

The charismatic German gaffer hasn’t experimented much with his team formation of late and is set to retain a usual 4-3-3 setup against Mauricio Pochettino’s men. The front trio will remain unaltered and the expectations will be much higher from Roberto Firmino, Mohamed Salah, and Sadio Mane to score goals, grab a win and go 5 points clear of their ‘top four’ rivals.

Klopp has declared his fellow countryman as club’s first-choice custodian over Simon Mignolet. Loris Karius will have a difficult test between the sticks against the talismanic Harry Kane who has already netted 21 times in the league.

The young defender has struggled aerially but his versatility and composure have made him the preferred right-back option in the absence of Nathaniel Clyne. The Englishman will be challenged by the pacy Heung-min Son, who has been sublime down the flank for the North London heavyweights.

Matip had a shambolic game against West Brom in Liverpool’s last Anfield outing but delivered a solid show against the Terriers in the midweek game. He is likely to retain his place in the heart of the Liverpool defence.

Although Dejan Lovren had a decent outing against Huddersfield Town, the Croatian was poor in the reverse fixture and might be replaced by Virgil Van Dijk, who is yet to find his form following an early winter move from Southampton after a series of dramatic events.

The Scotsman was second-fiddle to Alberto Moreno earlier this season but grabbed his opportunity spectacularly during the Spaniard’s injury absence and has established himself as the first-choice left-back despite Moreno’s availability.

The skipper’s return left a positive impact in the middle of the park and the energetic Englishman is tipped to run the show from a deeper midfield role against the North Londoners on Sunday evening.

Can, although likely to depart in summer on a Bosman transfer, has been fully committed to his current employers and had a scintillating outing against the Terriers. The German panzer is expected to dominate the midfield with his runs, physical presence and combative approach to the game.

The Dutchman hasn’t been at his best this term but had a brilliant outing against league leaders Manchester City. His ability to shine during big occasions might hand him a start in place of James Milner.

Despite not being a striker, the Egyptian wizard is not far behind Harry Kane in terms of goals scored in the league and has already netted 19 times so far. The fans will demand more of the same this weekend in order to constitute a sweet revenge against Tottenham Hotspur.

The Samba boy has suited well in his centre-forward role and his work ethics have made him the most important tool in Klopp’s ‘heavy metal football’. He is the ‘system’ and the Brazilian must continue his sublime show on Sunday evening.

The Senegalese sensation has not been his best in recent weeks but is close to regaining his old form and the game against the North Londoners might just be the perfect occasion for him to hit his standards once again.