Griffiths arrived at Tottenham from Leyton Orient in 2016 and has been rapidly developing ever since. He scored 34 goals this season including four against Arsenal, where he also set up three in a 9-0 thrashing of their direct rivals.

Griffiths turns 18 in June and can be lured by Barcelona for minimal compensation compared to the English clubs. Keeping that in mind, Spurs chiefs are doing everything to secure the 17-year-old’s future at the club.

For his goal-scoring exploits, Griffiths has been dubbed the ‘next Harry Kane’. He has created plenty of buzz with his dazzling performances in front of goal in Under-18 Premier League games this campaign.

This kind of form has, of course, seen him attract interest but Spurs must do everything to keep hold of one of their academy’s hot prospects.

Griffiths’ performances this season have been enough to turn some heads in the youth leagues and elsewhere. A staggering 34 goals against players of his age is pretty spectacular and one which clearly outlines his talent at the tender of 17.

Despite being a striker, Griffiths can also play out wide if needed and has skippered the Under-18s in some matches this term under Scott Parker.

It is difficult to predict whether Griffiths could be the next Kane at Tottenham but given what he has shown so far, there are hardly any doubts. 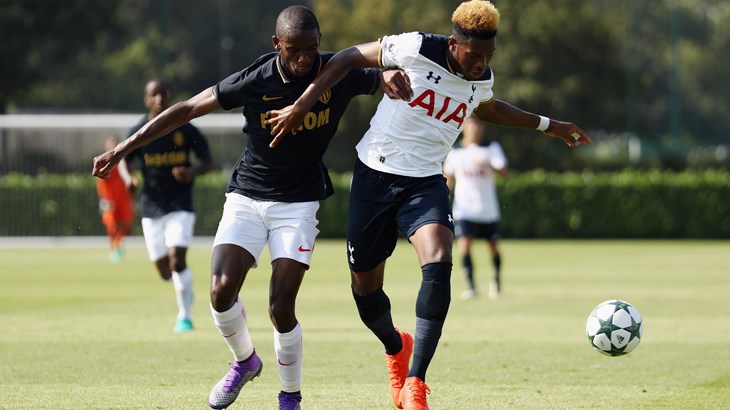 However, it doesn’t mean the 17-year-old will become a Harry Kane the very next year. Griffiths has everything in his locker to be a fantastic striker but needs to continue his development in the academy.

Griffiths is a teenage prodigy and Barcelona’s interest comes as no surprise. The Catalan giants snapped up former Arsenal starlet Marcus McGuane last summer and the 19-year-old has been enjoying life at Camp Nou after becoming the first English player to make the move since Gary Lineker.

Spurs could face a struggle to keep hold of Griffiths due to Barcelona’s interest. However, it is important for the north London club that they retain the services of the 17-year-old deadly poacher.

Ideally, Griffiths may not be ready to play in the Premier League week in week out but his performances for the Under-18s this season suggest that Spurs have a diamond in their academy. They just cannot afford to lose the gifted striker to Barcelona at any cost!