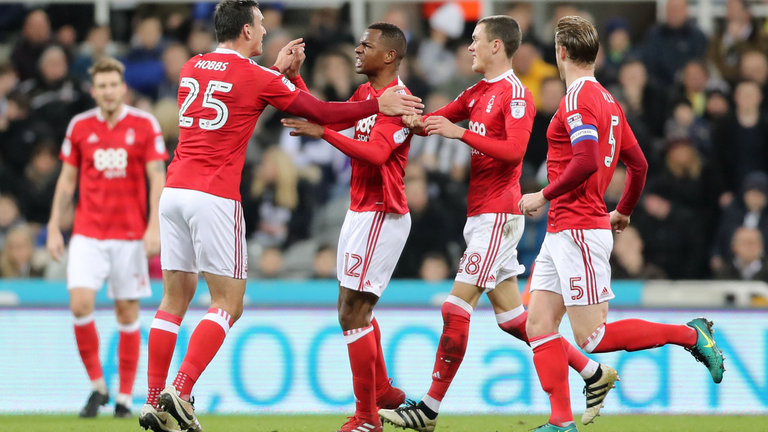 Now that Nottingham Forest have learned who and what Mark Warburton is and have parted company with him as their boss, there is a new lease of life around the City Ground and their performance against Arsenal when knocking the holders out of the FA Cup last weekend shows they have quality.

With that in mind, you can imagine the confidence this side has, going into a game likely to be played in a white-hot atmosphere against their West Midlands counterparts, though of course, they will have to do without defender Joe Worrall who is suspended after his red card against the Gunners.

Matt Mills may replace Worrall at the back in an otherwise unchanged line-up from the one which scored four times against Arsenal, playing once more in a 4-2-3-1 formation:

A fine young ‘keeper and one who is still very much improving.

Netted twice in the cup game last time and will be hoping to get forward to good effect once more in the league.

Should replace the suspended Joe Worrall at the back and will be up for the clash.

Although not reaching the heights expected of him, his heritage at Chelsea and the England under-21 shows his class and he has the ability to keep cool under pressure.

May yet make it at a higher level and so is very much entrusted with his role here. A good performance going forward is what is required this time.

Brings the sort of experience needed in games of this nature and with that in mind, he is likely to be given the nod from the off.

Knows his job and gets on with it with a minimum of fuss. Osborn is the type of player crucial in a potentially tumultuous game such as this one.

Can get another chance to impress down the right-hand side in support of Brereton.

Stepped up to score Forest’s second penalty against Arsenal and is full of confidence going into this game.

His energetic displays are a feature of this side and another one of those would go a long way in deciding this contest.

The youngster looks potentially top class and will most likely start up front once more. A goal in this game would add another million or so onto any future transfer fee that may be commanded.