Juventus vs Tottenham: 4-2-3-1 Combined XI Featuring Stars From Both Teams

Juventus are set to welcome Tottenham Hotspur to the Allianz Stadium, Turin, as the two sides prepare to face-off in a colossal match of Champions League round of 16. This will mark the first leg of the fixture and both clubs will be eager to get an upper hand early on. What makes this clash all the more exciting is the fact that both teams are in sensational form at present. Tottenham have been boosted by a much-needed North London derby win against Arsenal.

Juventus, meanwhile, have been unbeaten since the month of November and their ruthless attack will be put to test against a stoic Spurs defence. Both teams boast of some exceptional talent and with that in mind, let’s take a look at the combined lineup comprising of some of their most in-form players.

Despite sitting out a major chunk of the season so far due to an injury, Buffon has maintained a whopping 7 clean sheets in 12 appearances and that is quite a figure to boast of. In the last few games that he has played, the veteran keeper has been in his usual splendid form, which earns him a spot in this lineup.

Aurier has been a solid force to be reckoned with on the right-hand side for Tottenham. He is consistent, reliable and is quite energetic as he can cover a lot of ground while also surging forward. Hence, he finds himself in this lineup ahead of his Juve counterpart. 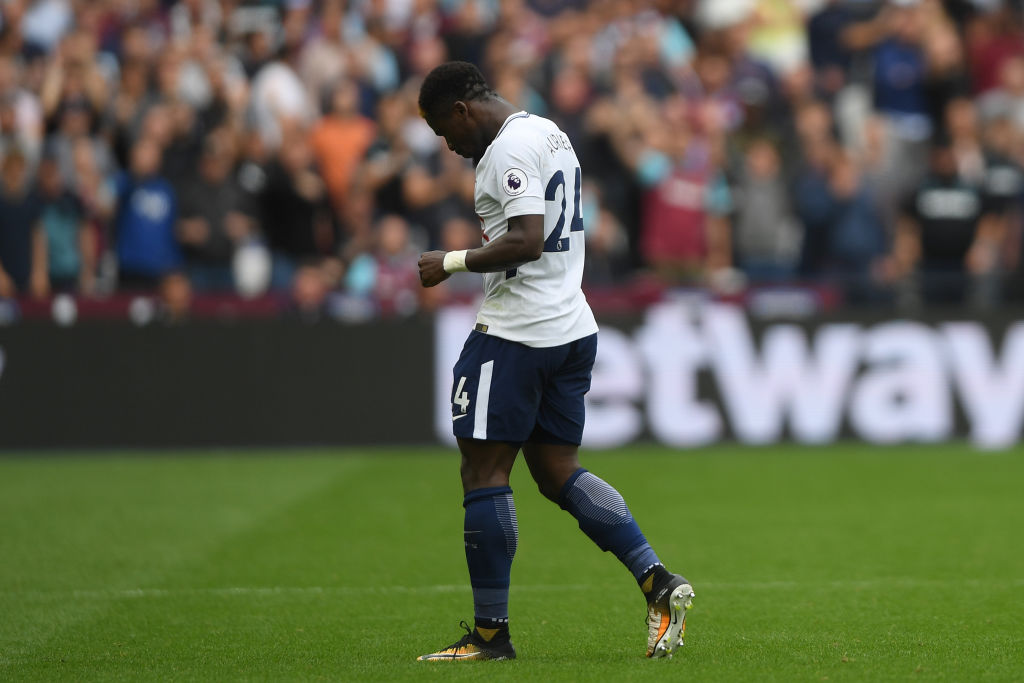 Vertonghen has been one of the most consistent players for Tottenham this season and has put in some solid displays at the back, thus getting him a spot in this lineup.

Chiellini has essayed a crucial role for Juve and has played quite a role even in attacking runs up front. His influence will be necessary against Tottenham as well.

This was a close one since both Davies and Alex Sandro have put in similar numbers throughout the season. However, when analysed closely, Davies’ defensive contributions in terms of tackles, blocks and interceptions have been a lot more significant and that’s why he is included in this lineup.

Pjanic has essayed a crucial role in pulling the strings in the middle of the park for Juve and he put in a fine performance when they beat Sassuolo 7-0. Adept at being a creative outlet from the midfield, Pjanic’s effectiveness continues to shine through.

Dier’s impact at Tottenham continues to be unparalleled. He has been in splendid form as a defensive midfielder and Mauricio Pochettino is expected to deploy him in his usual role once more against Juve.

Eriksen has been in sensational form for Tottenham this season, having scored 8 goals and provided 7 assists so far. His power from the left-hand side will be crucial in unlocking a tough Juve defence.

After an initial few lacklustre displays, Alli has managed to pull himself back to form and has performed quite impressively for the North London side. He has chipped in with 7 goals and 10 assists so far and he will be looking to add to his tally on Tuesday.

Son continues to impress for Spurs and it would be criminal to not include him in this lineup. His pace, technical knowledge and creativity have helped Tottenham on several occasions and he will be influential once more.

Kane’s inclusion in this XI is a shoo-in, especially with Dybala out injured. Arguably the best striker across leagues at present, Kane will be a player everybody would have their eyes on.