Norwich City roared back to the top of the Championship table after thrashing Bolton Wanderers at the Macron Stadium, thanks to a Teemu Pukki double.

Norwich boss Daniel Farke made just one change to his starting line-up, bringing in Kenny McLean for the injured Alex Tettey.

The visitors gave Bolton the early warning signs when Emi Buendia curled an effort over the bar after a really good play from Onel Hernandez in the fourth minute and it didn’t take Norwich much time to take the lead.

Ben Godfrey made a timely block in his own box, allowing Onel Hernandez and Jamal Lewis to combine on the left to find Marco Stiepermann, who supplied a defence-splitting pass for Pukki, who turned inside his marker and curled a shot inside the near post to break the deadlock.

In the 25th minute, the Canaries doubled their lead through Stiepermann, who received a cut-back from Pukki. He drilled a low shot into the bottom-right corner past goalkeeper Remi Matthews. Buendia wasted two good chances to add to Norwich’s goal tally before he made it third-time lucky after 33 minutes. 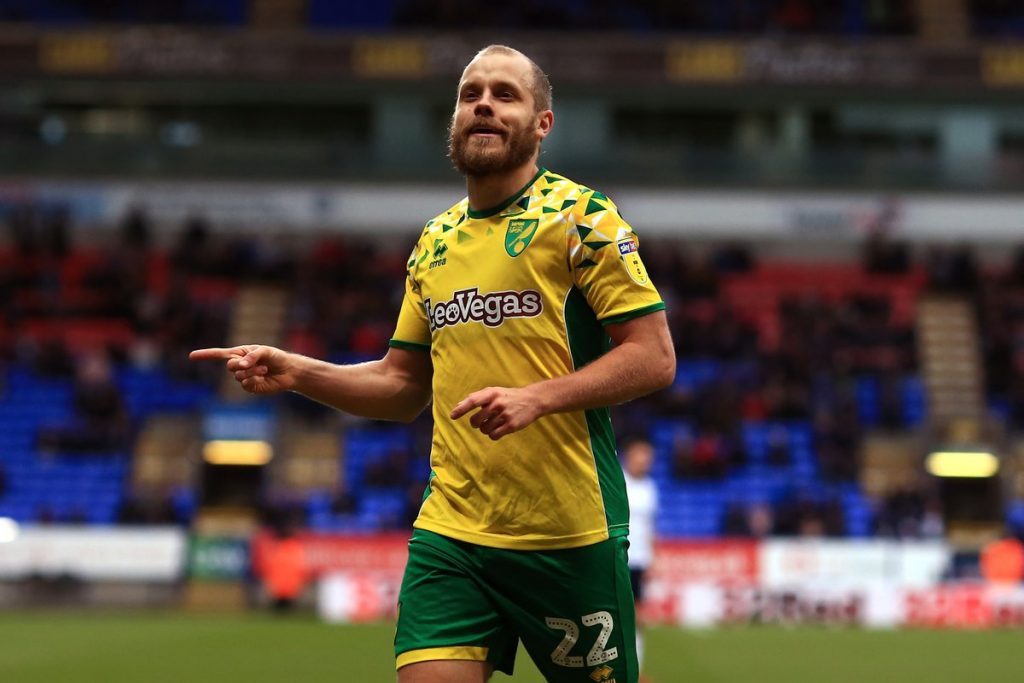 McLean’s defence-splitting pass picked out Buendia, who flicked past Matthews to make it 3-0 after Tim Krul had just saved a low shot from Pawel Olkowski at the other end. Matthews denied a Stiepermann effort before the break but the damage was already done.

Bolton boss Phil Parkinson responded at half-time by bringing on Sammy Ameobi and Joe Williams for Josh Vela and Donaldson. But the changes made no difference as Norwich continually threatened the home side’s defence.

Hernandez and Pukki were denied by Bolton’s goalkeeper before the latter doubled his personal tally by lofting the ball over the on-rushing Matthews in the 52nd minute. It could have been five in the 63rd minute when the Canaries were awarded a penalty after Mark Beevers had tripped Pukki in the box.

McLean took responsibility for the spot-kick, but Matthews saved the kick with his feet. Pukki went in search for his hat-trick and tested Matthews one last time before being replaced.

Norwich ran down the clock to emerge as comprehensive 4-0 winners at Bolton.

Delighted with the thumping of a lowly Bolton, here’s how some Norwich fans reacted:

Wow! That was just the response we had hoped for after Wednesday night .. we won’t mention the penalty 😔. .Top of the league .. 13 games to go .. Onwards and Upwards.. OTBC⚽️💛💚

Massive result that, not only has it put us back on top of the table, it has also guaranteed that we will finish above Ipswich. 😀⚽️ #OTBC