Tottenham 2-1 Watford: Llorente redeems himself with a late winner

Fernando Llorente scored a late winner as Tottenham Hotspur came from behind to secure a 2-1 victory over Watford at Wembley on Wednesday.

An injury-hit Tottenham side looked to be heading for a third successive home defeat in the Premier League after Craig Cathcart’s first-half goal but Son Heung-min, back from Asian Cup duty, equalised late on before Llorente made amends for his early misses by scoring the winner.

Son Heung-min’s early return from the Asian Cup was a welcome boost for Tottenham, who were again without the injured Harry Kane and Dele Alli. And the South Korean looked sharp early on and almost opened the scoring for the home side in the ninth minute, with his strike from outside the box going whiskers away from the top-left corner.

Tottenham began to get a foothold on the game after a quarter of an hour, and Christian Eriksen dodged past a couple of Watford players to have a shot from the edge of the box, with a deflection off Craig Cathcart forcing goalkeeper Ben Foster to somehow make a save. 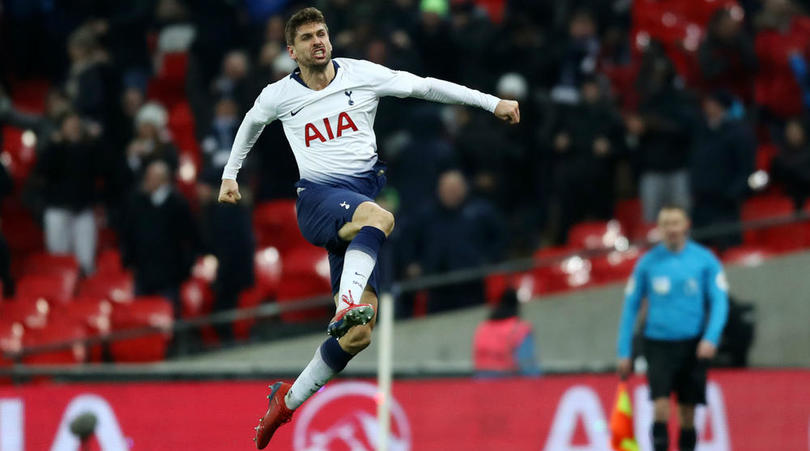 But Watford stunned the Wembley crowd when they scored against the run of play in the 38th minute. Hugo Lloris came off his line to collect Jose Holebas’ delivery from the corner but couldn’t go back in time as Cathcart bundled home past the French goalkeeper and Davinson Sanchez.

After the break, Daryl Janmaat almost turned a Christian Eriksen free-kick into his own goal as Ben Foster made a crucial save before Llorente then headed wide from close range. The big Spaniard then missed another golden opportunity to equalise as he headed wide after Foster had kept out Toby Alderweireld’s shot at the near post.

However, Tottenham’s pressure finally paid off when Llorente pushed the ball on to Son in the box and the South Korean thrashed home past Foster to level things up. And seven minutes later, Llorente made amends by dispatching a towering header back across Foster to end Tottenham’s tricky run.

Read more: Tottenham signing this highly-talented Belgian prodigy would be step in the right direction by Pochettino

Delighted with all three points at the Wembley, here’s how some Tottenham fans reacted on Twitter.

Thank you Sonny, Thank you llorente

Thank you Sonny! Another typical Spurs night, which I have endured since the 1960’s!

What a game!!! so happy to see Sonny back and Llorente scores the Winner!!!!
COME ON YOU SPURS!!!

I’ve never seen all this spirited players around the field ever, crazy second half, well done boys….