Predicted Liverpool line-up to face PSG in the Champions League

Liverpool are still unbeaten and are in good form ahead of their first Champions League clash of the season, against Paris Saint-Germain. The French champions travel to Liverpool this week, a ground where the Reds haven’t been beaten in more than a year.

Paris Saint-Germain are in a similar boat as compared to Liverpool, with the Parisiens winning all 5 of their opening games of the season as well. But Thomas Tuchel was able to rest the likes of Neymar and Kylian Mbappe ahead of the clash with the Reds.

Liverpool manager Jurgen Klopp, on the other hand, had to deploy his best team against Tottenham Hotspur in the Premier League and could do with one or two changes in the squad. This surely has the potential to become one of the games of the season and will be an exciting contest to watch as two high-octane teams battle it out.

Apart from Adam Lallana, Dejan Lovren and long-term absentee Oxlade Chamberlain, Liverpool have no new injury concerns to worry about. Jurgen Klopp might have to rotate one or two players given that Liverpool were involved in an intense clash with Tottenham Hotspur during this weekend. 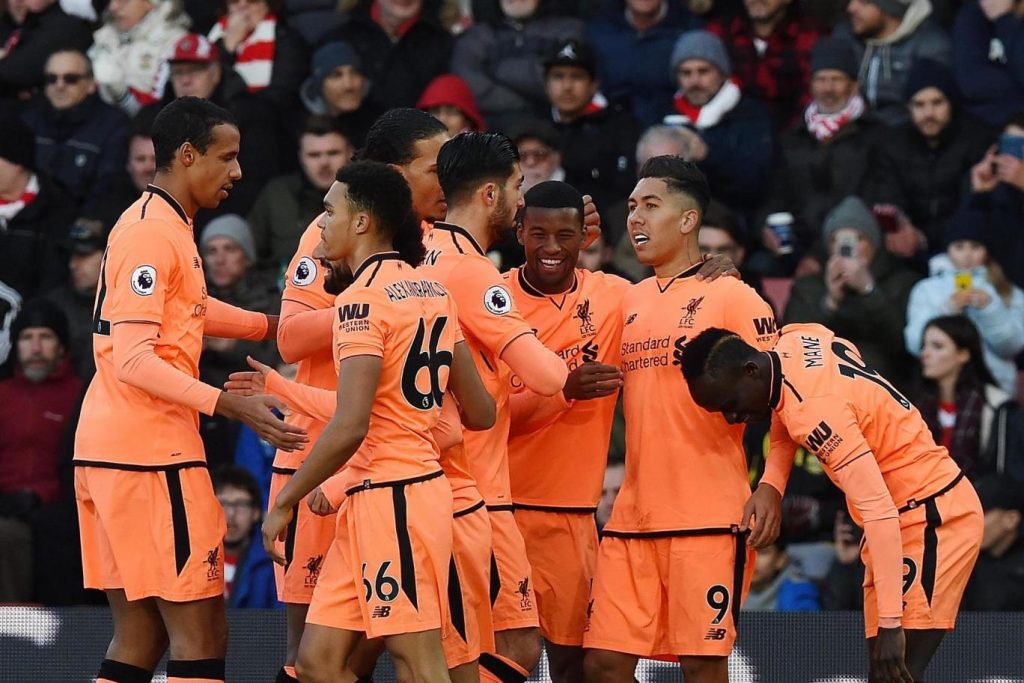 The Brazilian should receive his first taste of Champions League football as a Liverpool player and it will be a massive game for him, facing another devastating front three in Edinson Cavani, Kylian Mbappe and Neymar.

Arnold was a revelation for Liverpool in the Champions League last season 1and will be aiming to play a crucial role this time around as well.

The Dutchman has to be fully concentrated ahead of this game as he aims to keep PSG at bay.

A lot of responsibility will be on Gomez as he receives an extended role in the team this season.

Robertson looks unfazed and calm as he continues to flourish in a Liverpool shirt. The Scot will be a key player in this clash.

Milner’s versatility and the utility will allow him to play without much fatigue. His work rate will be crucial in the middle of the park.

This could be Klopp’s only change. The captain’s passing and distribution will have to be spot on against PSG.

The Guinean’s relentless running and defensive contribution will be massive in this game as he goes up against a fluid PSG midfield.

Salah has to convert more of his opportunities if Liverpool are to hit third gear. The Egyptian has looked wasteful in the last two games.

Firmino is in good form ahead of this game and will be a massive threat against the Parisiens.

Read more: Superb Wijnaldum, Fantastic Firmino – The best and the worst rated Liverpool stars in the 2-1 win vs Tottenham

Liverpool will need another emphatic performance from their Senegalese devil as he continues his early form in front of goal.