Why Huddersfield Town should make a move for Gonzalo Melero

Huddersfield Town appointed Jan Siewert as their new manager earlier this week following the departure of David Wagner. Jan Siewert has left his role as Borussia Dortmund second-team coach to join the Terriers with the club at the bottom of the table.

Huddersfield struggled under David Wagner this season, leading to his departure by mutual consent, and Siewert has been placed in charge to turn around the club’s fortunes. The Terriers have just 11 points on the board and are 10 points adrift of safety with 15 games left.

Jan Siewert has a big task on his shoulders now to try and save Huddersfield from getting relegated. The German tactician needs to pump energy and life into the demoralised players to spark some optimism in the upcoming games.

He needs the likes of Isaac Mbenza, Alex Pritchard, Steve Mounie and Adama Diakhaby to start expressing themselves and scoring goals to help the club climb up the table.

However, the new Huddersfield boss will also need some fresh players to go all out to earn positive results in the last 15 games of the league. One area the Terriers look short in quality is the attacking department, with Siewert lacking a creative presence in his team that can split open the tightest of defences in the Premier League.

That said, the club must target SD Huesca midfielder Gonzalo Melero this month. Gonzalo Melero, 25, was one of the stars in SD Huesca’s promotion-winning campaign last term, contributing with 16 goals and two assists.

The Spaniard has managed to adapt well to the La Liga this term and continues to be a key member for the basement club. 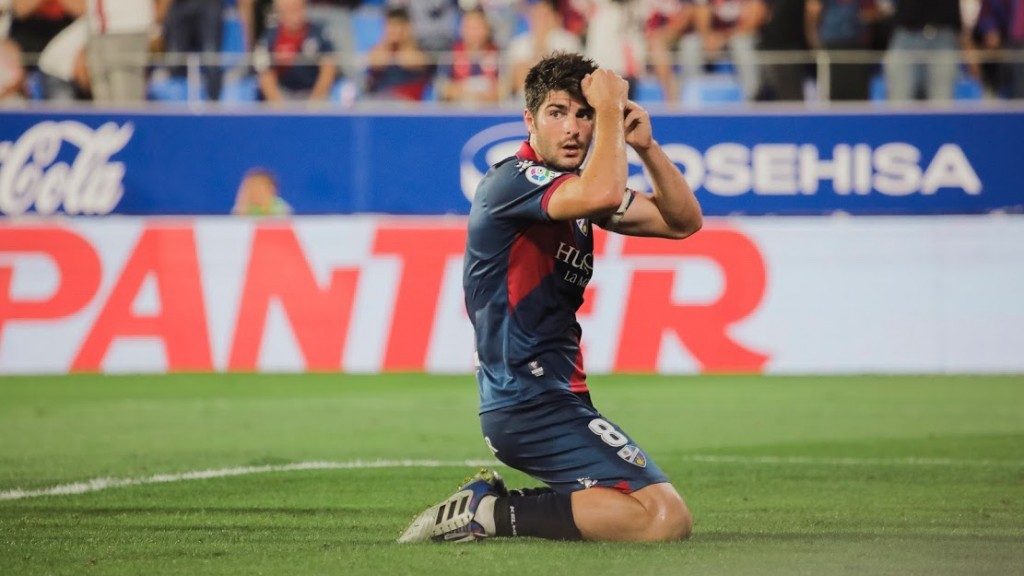 The 25-year-old midfielder, who happens to be Huesca’s skipper, can be effective as a No.8 or a No.10. Gonzalo Melero will not only help Huddersfield offensively but also add grit and steel to the midfield. The Spaniard is a gutsy performer in the middle of the pitch and could pair up well with the likes of Jonathan Hogg and Philip Billing, who have been in decent form this season.

Read more: For just €300,000, Huddersfield should make this top-class appointment that could save them from the drop

Despite some concerns over his form this season, Gonzalo Melero is a quality talent who can save Huddersfield’s season if he can perform at a high level under Siewert’s tutelage.