He landed at Old Trafford being touted as the next Cristiano Ronaldo. Now he is all set to depart, having flopped much more miserably than the previous owner of the famed Manchester United No. 7 shirt, Angel Di Maria. The fabled No. 7 jersey has another victim, as Memphis Depay prepares to leave the Theatre of Dreams.

It is quite certain that the Dutchman did not envision his time at United would go like this when he signed up. But neither did the United supporters, who had pinned voluminous expectations on him.

Having made it to the Netherlands squad for the 2014 FIFA World Cup, under then-manager Louis Van Gaal, he received rave reviews for his brief appearances in Brazil. A stellar season at PSV Eindhoven followed, where Memphis ended up scoring 28 goals for the Dutch club, soon after which a deal for £22.3 million was agreed upon that would see him move to the Old Trafford in the summer of 2015. And now, barely 18 months into his spell, Depay departs to French side Olympique Lyon, hoping to get his career back on tracks.

Then United manager Van Gaal couldn’t stop gushing over his former tutee post his arrival, as he went about singing praises of the winger.

“I think he’s one of the few highly talented boys of his age. He’s full of confidence,” Van Gaal said. There were plenty in the footballing world, who likened Depay to Ronaldo and based on his scintillating displays in the Dutch Eredivisie, he was tipped to hit the ground running at Old Trafford and make an impact similar to the Portuguese star. And the player himself did not do much to dismiss the comparisons, as he went on record saying, “I don’t want to say I can be like somebody like that, but I think I can excite the fans.” 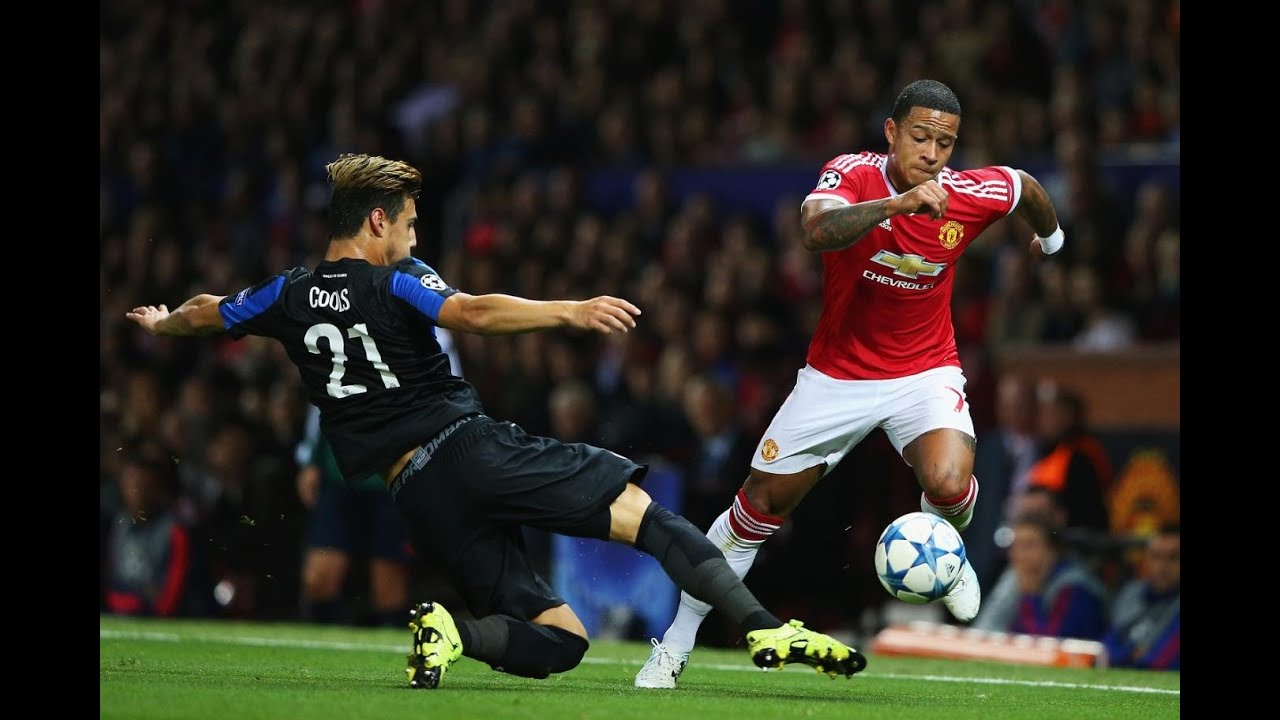 And things began in a great away for Memphis. In his first start for the Red Devils after his arrival, the former PSV man went on to score an exciting double against FC Club Brugge in the UEFA Champions League qualifiers. However, things soon began to unravel for him and he was unable to reproduce the form that had made him such a star in Dutch football and soon he found he was losing the faith of the manager.

In just his fifth league appearance for the club, Memphis was withdrawn at the interval by Van Gaal, against bitter rivals Liverpool and soon after another dismal showing against Arsenal in the 3-0 loss, this saw him dropped for the first time in the season. And that coincided exactly with the resurrection of academy product Jesse Lingard, who had endured a tough spell out on sidelines due to injury, further denting Memphis’ chances of establishing himself as a regular starter.

An energetic display as a striker against Watford offered some hopes for him, but by that time, Van Gaal, who had been the driving force behind the transfer, had realized that he could not keep picking his compatriot given his repeated failures to have any kind of impact on the game.

He was picked ahead of captain Wayne Rooney against Stoke City on the Boxing Day back in 2015, but Depay, with his misguided header, inadvertently teed up Bojan to open the scoring for the Potters. By the half-time, United were trailing 2-0 and Depay, again, was hauled off, with Rooney replacing him on the field. It was his 19th start of the season, but his opportunities dropped down drastically after that. Depay would only feature four more times in the English top-flight that season.

Having started brightly, Depay, by the end of the season, seemed to have completely lost his way at the Old Trafford. From arriving amid much fanfare, touted as the latest rising star, to being excluded from the squad for the FA Cup Final in May, the journey had come full-circle for the 22-year old.

However, there was renewed hope ahead of the 2016 season. With Jose Mourinho taking over the reins at Carrington, he vowed that he would work with Memphis and help him get out of the rut. But in truth, his future was already sealed. Depay’s only start under Jose came in the third round of the EFL Cup against Northampton and it only lasted for 55 minutes, following another ineffectual, minimum-impact display.

Questions were raised over his attitude in training, there were concerns surrounding his off the field behaviour. And slowly his hopes of getting into Mourinho’s plans dwindled.

There will be plenty of United supporters who will be glad to see the back of the Dutchman, but there will also be some who will feel dejected when he moves to France. They saw what Van Gaal saw in him, they know the potential that the kid has, but they also understand things just didn’t work out for him at the Old Trafford.

He may manage to recover the spark that made him a star overnight once he moves to Lyon. There are good chances that Depay will hit the heights again that saw him earn a move to the M16. But for now, he walks out of United as another in the line of disappointments that has taken over from Ronaldo as United’s No. 7.

The likes of George Best, Eric Cantona, David Beckham and Cristiano Ronaldo gave the shirt an iconic status with the impact they had at United. Yet following Ronaldo’s departure, Antonio Valencia could not take up the mantle and switched numbers. Michael Owen was never really deserving of the jersey, despite his glorious past and Angel Di Maria, after showing glimpses of brilliance, could not adapt to life in England. And now Depay departs, with shaken confidence and a stuttering career.

Memphis was young when he moved to the north-west of England, it was his first time out of Netherlands and he found the going too tough. He could not deliver to the levels that are expected at Manchester United. And there is no shame in accepting that. But now a whole new future awaits.

Thank you, Memphis! And all the best.