Riyad Mahrez is supposedly “furious” after Leicester City denied the Algerian playmaker a move to League leaders Manchester City turning down a £55 million and a further £65 million move to the Sky blues.

The former PFA award winner is now left in limbo with his future only further cast into doubt after being left out entirely for the Foxes 1-1 draw with relegation-threatened Swansea. It is no doubt that Mahrez is arguably one of the best players outside the top 6, in Leicester City’s historic 2015/16 title win the Algerian turned chief creator assisting 11 times and scoring 17 times.

While the Algerian failed to hit the heights in the following campaign this season he seems to back to his best netting 8 and assisting 7 times under new boss Claude Puel, over the last 2 seasons multiple reports have come out surrounding the future of the 26-year-old with Chelsea, Barcelona, Liverpool and Manchester City all linked with a move for Mahrez.

But it seems relations have come to a head after being denied his big move away from the East Midlands club after 2 serious bids from Manchester City.

It is not that Leicester outright won’t sell Mahrez it is that they believed the offer was too low, it was too late in the window to bring anybody adequate to replace him and he was too vital to the Foxes current campaign. The Citizens would need to cough up an offer close to £100 million to come anywhere close to Leicester’s evaluation of their number 26, a price tag that would make any club’s eye water even free-spending Manchester City.

For Mahrez it is clear that he missed an opportunity of a lifetime, the chance to join a record-breaking Manchester City side with one of the best managers in world football currently in full flow and showing his managerial prowess not even including the fact the Citizens are still on for a historic Quadruple has passed him by. 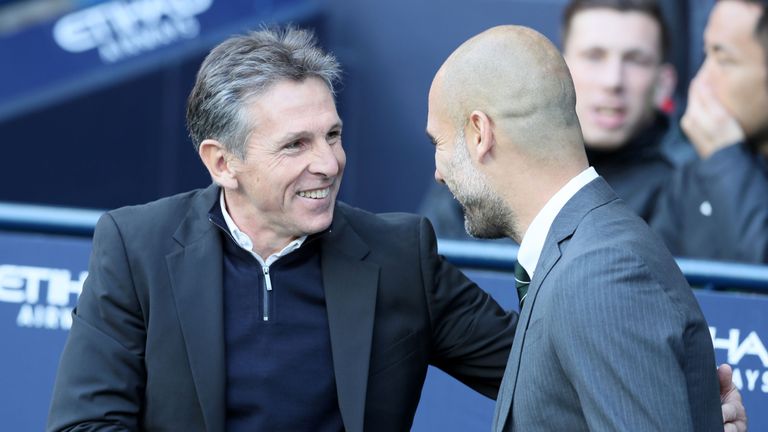 While teammate Marc Albrighton has hit out against rumours that the Leicester players are “angry with him” the fans are the real ones that Mahrez will have to win over should he end his self-imposed strike. The fans will not take lightly to a player wanting to leave the club in January, then sulking after failing to get his move; while maybe a few goals may win some of them over most of the Leicester Faithful will take more convincing.

We have seen teams hold onto their want-away stars with varying success, Southampton failed to get the performances out of Virgil Van Dijk following being denied his move to Liverpool in the Summer admitting defeat in the Winter window letting the Dutchman go for £76 million to Merseyside. On the flip side we have seen Liverpool get seriously impressive performances from playmaker Phillipe Coutinho following his denied move to Barcelona, but yet the Brazilian netting 7 and assisting 6 times before allowed leave to Barcelona in a £100million-plus deal.

It is clear that Leicester are desperate to keep hold of the tricky wide man, yet the only way to get the best performances out of their star is to allow him the move in the Summer. While Pep has all but admitted that he will return for Mahrez if the Leicester City star fails to put in the performances in the second half of the season it may put  the mega-rich super club from splashing mega money on Mahrez, so the 26-year-old will need to suck it up and get on with life in Leicester and continue to shine and win back the fans in the Midlands.